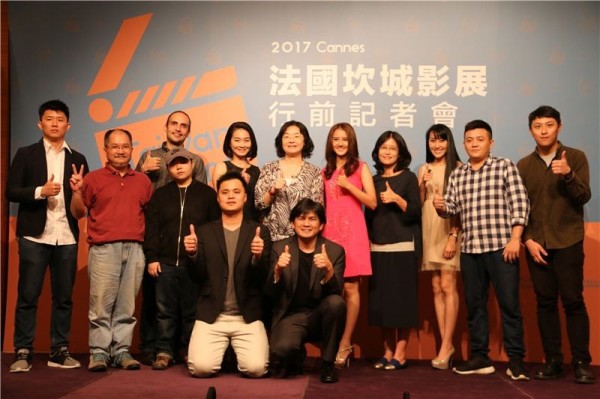 A short film by a Taiwanese student had been chosen from thousands of entries to compete with 15 finalists for a prize at this year's Cannes film festival.

"Towards the Sun (迎向邊疆公路)” by Wang Yi-ling (王逸鈴) will be the 18th year that a Taiwanese student's film has been showcased in the festival's Cinefondation category. Cinefondation was established specially to discover new talented filmmakers from around the world.

Taiwan-based Malaysian filmmaker Lau Kek-huat (廖克發) has also been invited to join the festival's Producers Workshop with his feature film project "A Love of Boluomi (波羅蜜的愛).”

The Bureau of Audiovisual and Music Industry Development held a press conference joined by the filmmakers, producer and cast members on May 5 to give a preview of their films.

"Towards the Sun” is a 28-minute-long film that tells the story of a man who is forced to live in his truck after losing his house to foreclosure. He encounters a Vietnamese woman who has nothing but a package and a flight ticket home. Together they embark a road trip with their painful memories to villages on Taiwan's east coast.

Producer Hong Wei-jeh (洪偉哲) noted that they had spent a great amount of time searching for the right person for the female lead, and eventually found Lin Pan-ni (林潘妮) from Thailand who was a natural fit for the role.

"A Love of Boluomi” is director Lau's first feature film project. Based on Lau's childhood memories of a storage where his family stored tropical fruit boluomi (jackfruit) and other food items, the feature intends to tell a mystery tale.

Lau had participated in the 2015 PAS Workshop co-hosted by the Taiwan Cultural Center in Paris and the Festival des 3 Continents at Nantes with the project, and "A Love of Boluomi” went on to win awards at the Taipei Golden Horse Film Project Promotion initiated by France's National Center of Cinematography in 2016.

Having settled in Taiwan for more than a decade, Lau stated that the film is "a river going backwards, carrying me from Taiwan back to my childhood and the land of Malaysia.”

During the film festival that will take place from May 17 through 28, the Taiwan Film Institute will also be promoting Taiwanese films commissioned by the Ministry of Culture at the Cannes Film Market.