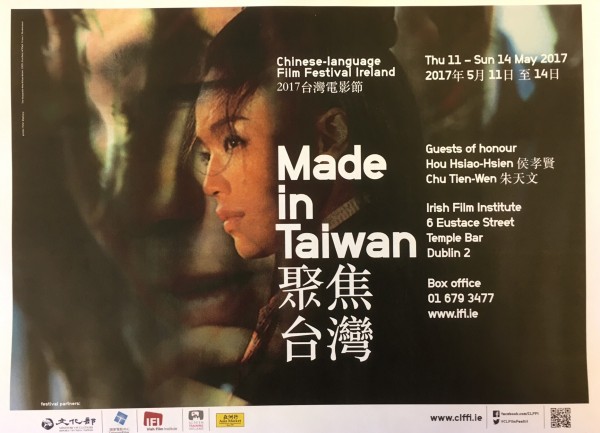 The newly established Chinese-Language Film Festival Ireland will begin its inaugural program with a special spotlight on Taiwanese films and a rare appearance by auteur Hou Hsiao-hsien (侯孝賢).

Programme Director Marie-Pierre Richard noted that "Mr. Hou Hsiao-Hsien has been instrumental in bringing East Asian cinema to the world stage. His subjects are intimate and personal, but his films speak to a universal, timeless human experience.”

Moreover, Hou and long-time collaborator Chu Tien-wen (朱天文) will visit Dublin for the first time to present a masterclass on May 13. The event will be moderated by Chris Berry from King's College London.

The newly restored "A Touch of Zen,” the 1971 eloquent masterpiece from the forerunner of wuxia films King Hu (胡金銓), will be screened in glorious 4K on May 14.

Rounding up the "Made in Taiwan” program are six animated short films selected by Wang Chi-sui (王綺穗), executive curator of the Kuandu International Animation Festival in Taiwan. One animation will be screened per day before the feature program from May 11 through 14.

"This festival gives audiences the opportunity to see the very best of modern Taiwanese cinema, alongside rarely-screened classics that form the basis of the canon of cinema from East Asia,” stated David O'Mahony, head of Cinema Programming at the IFI.