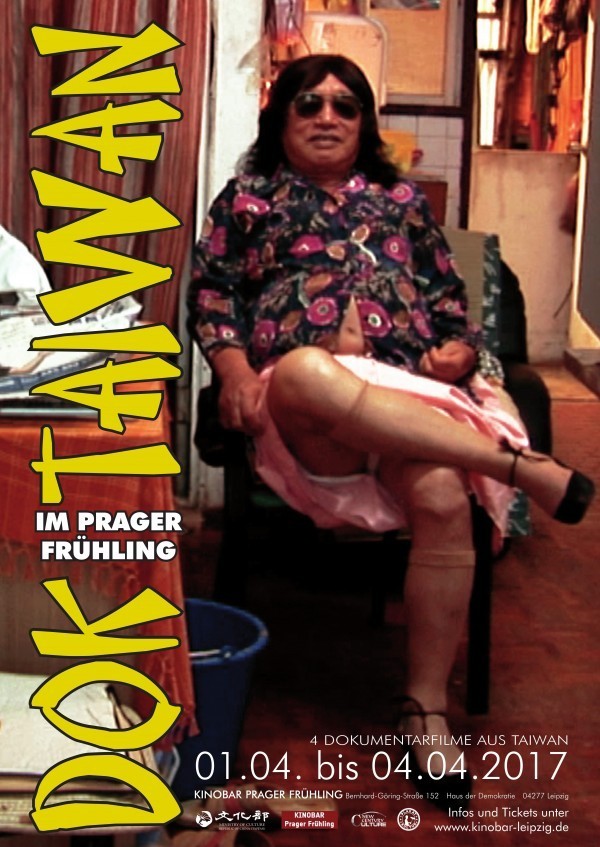 "Taiwan Film Week,” a week-long event for German audiences to learn more about Taiwanese society through Taiwan-made films, will be held in Leipzig and Berlin this April.

Directed by Huang Hui-chen (黃惠偵), "Small Talk” documents the difficult dialogues between Huang and her lesbian mother. Through their communications, it reveals the painful past of her mother and shows how they repair their mother-daughter relationship. The film was named best documentary at the 2017 Teddy Awards held alongside Berlinale.

"Absent Without Leave” by Taiwan-based Malaysian filmmaker Lau Kek-huat (廖克發) is a film tracing the history of Lau's own family. Lau's attempts to reconnect with his absent father leads him to uncover the untold story of his grandfather and Malaysia's hidden past. Lau participated in the 2017 Berlinale Talents workshop after the success of this film.

"Hebei Taipei” by Li Nien-hsiu (李念修) is a documentary that took 15 years to complete. It tells the story of Li's own father, a veteran from the northern Chinese province of Hebei, who resettled in Taiwan because of the Chinese civil war. The film won the best documentary award at the Taipei Film Festival and Network of Asian Women'sAwardFilm Festival.

"Fight for Justice” is a documentary directed by James C.H. Su (蘇哲賢), the youngest director to ever win a Golden Horse Award in Taiwan. The film depicts how a group of Taiwanese lawyers seek justice for the vulnerable and disadvantaged in Taiwan.

"Taiwan Film Week” will first take place in Leipzig's Kino Prague Spring cinema and then travel to the Babylon cinema in Berlin. Director Lau and Su are also scheduled to meet with audience members at post-screening forums in both cities.