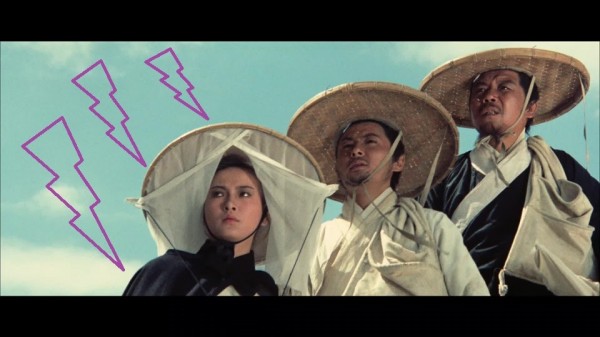 "Taiwan and the Silverscreen (Taiwán en la Pantalla),” a Taiwan-centric film series, will return for its 4th edition with classic wuxia films this April in Spain.

Collaborating with the Taiwan Film Institute and several Spanish film and cultural organizations this year, the Ministry of Culture's Madrid division will introduce to Spanish audiences seven representative works of the martial arts genre that were made in Taiwan during the 1970s and 1980s.

The screenings will showcase works by the most influential director of wuxia films - King Hu (胡金銓), encompassing 1967's "Dragon Inn (龍門客棧)” and 1971's "A Touch of Zen (俠女),” as well as other masterpieces like "A City Called Dragon (龍城十日),” "The Fly Dragon Mountain (飛龍山),” "The Grand Passion (烈火),” "Iron Mistress (鐵娘子),” and "The Swordsman of All (一代劍王).”

The film series will kick off with "Dragon Inn” at Circulo de Bellas Artes on April 1, in which Spanish film critic Victor Aertsen has been invited to expand on the film's viewpoints prior to the screening.

By screening wuxia films this year, the Cultural Division in Madrid hopes to introduce the eastern aesthetics and style of martial arts from a nostalgic perspective to Spanish audiences.