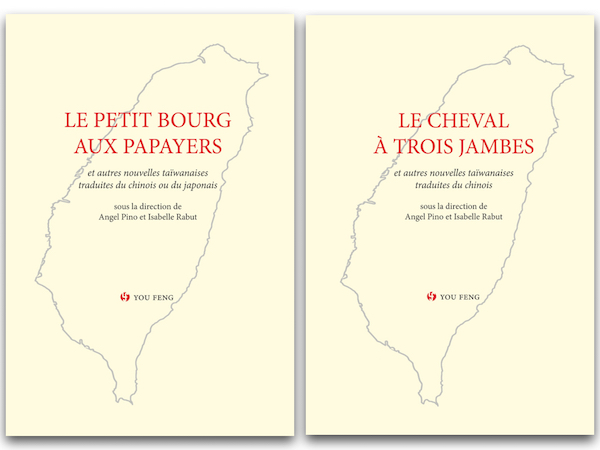 Rabut and her husband, Pino, are ultimately aiming to produce a four-volume anthology to encapsulate the spectrum of modern Taiwanese literature. It took nearly three years for the two renowned Sinologists and a handful of translators to complete the first two volumes.

The second volume, "Le cheval à trois jambes (三腳馬),' is named after a tale written by Cheng Ching-wen (鄭清文). The titular three-legged horse is used as a euphemism for those of Taiwanese heritage who worked for the Japanese colonial authorities. They were perceived as traitors and bore the blunt of public anger following the retrocession of Taiwan.

The first two volumes jointly portray life in Taiwan from the period of colonial rule to the end of World War II and the tension of the 1960s. Volume three and four - which are slated for a 2018 release - will then present the development and changes in Taiwan literature from the 1970s to the end of the 20th century.

The Taipei Representative Office in France will hold a series of promotional activities on Feb. 12, while Rabut and Pino will make a special appearance at the Librairie le Phénix in Paris on Feb. 18 to discuss their latest editorial endeavors.

Two Taiwanese professors, Chen Fang-ming (陳芳明) and Fan Ming-ju (范銘如), have also been invited by the National Institute for Oriental Languages and Civilizations and the Université Bordeaux Montaigne to discuss Taiwan literature from the period of colonial rule to the 1960s. More information on their March 7 to 9 program can be found here.