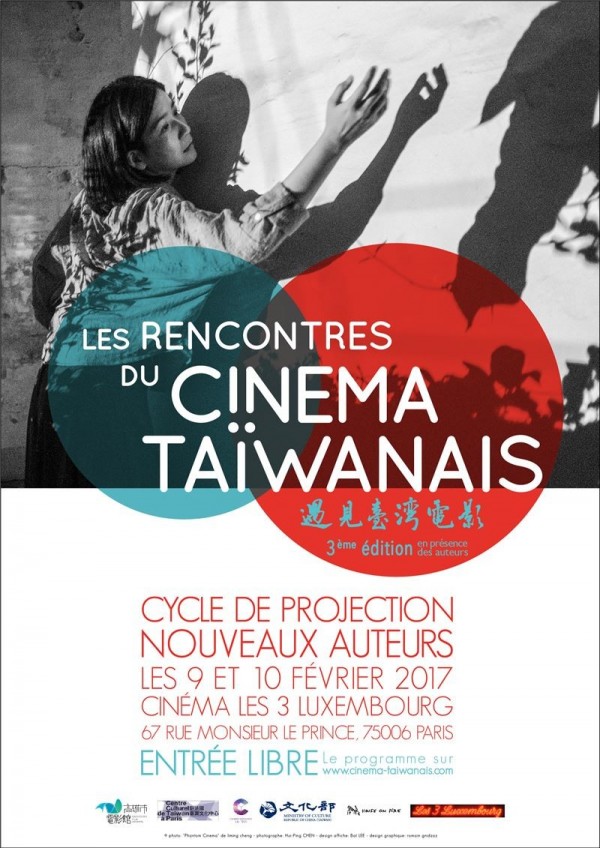 "Les Rencontres du Cinema Taiwanis” will return for its 3rd edition this February to showcase films by emerging Taiwanese filmmakers at Les 3 Luxembourg in Paris.

Co-organized by the Taiwan Cultural Center in Paris and French film association Lightbox, the program aims to promote Taiwanese films in Europe. Since 2015, it has introduced feature films, documentaries, and short films to French film professionals, as well as offer insights into Taiwan's culture for European audiences.

The "Shooting Kaohsiung” program has supported films made by up-and-coming directors from Taiwan, Malaysia, and the Philippines. Some of their films went on to join major film festivals in Busan, Cannes, and Rotterdam.

Before they respectively head to Rotterdam and Berlin, Lee and Lau will join a post-screening forum at Les 3 Luxembourg. The complete program is available here: http://cinema-taiwanais.com/les-rencontres/