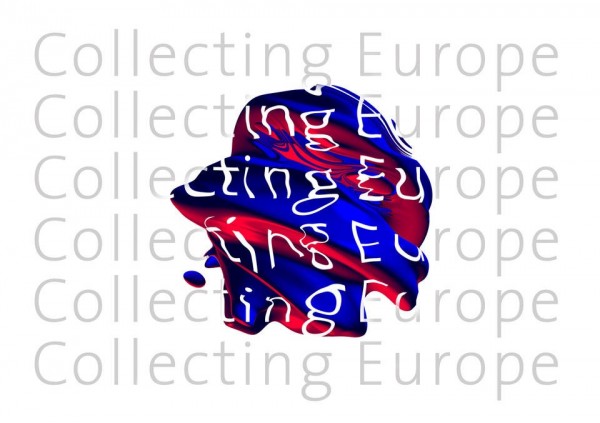 What defines Europe today? Twelve artists will present their answers at an exhibition running from Feb. 1 through 7 at the Victoria & Albert Museum in London.

Part of Europe's dynamic vibrancy has been its ever-changing identity, an evolution characterized by shifting boundaries, political and economic upheaval, migration, and the displacement of people.

For "Collecting Europe,” the V&A asked 12 artists to imagine what it would be like living in the year 4017 and looking back on 2017. The historic distance was set to help clarify "Europe” as an idea and identify the consequences connected to this current path.

Taiwan artist Tu Wei-cheng (涂維政) approached the curatorial question by designing a distorted and corroded installation set. Posing as an archeological site discovered in 4017, the fragmented metal plate intrigue the archaeologists of an imaginary future as they ponder what sealed the fate of the ancient civilization Europe.

Using plaster castings created in a group event last year, the installation is imprinted with many contemporary motifs of this era. Tu invited 50 members of the Taiwanese public to bring 10 to 15 items that held a connection to Europe, and those items were pressed in clay mold and incorporated into the design.

Tu's installation, titled "Enfolded World: Mysteries of Lost Civilisations,” employs his characteristic practice of creating parallel or re-imagined worlds. Exhibitiongoers take on the role of an archaeologist or historian to analyze fictitious cultural relics that carry honest reflections of the present day.

"Collecting Europe” was commissioned by the V&A and Goethe-Institut London amidst the raging debate about the future of Europe. Join Tu and 11 other international artists for a glimpse of Europe set 2,000 years in the future.