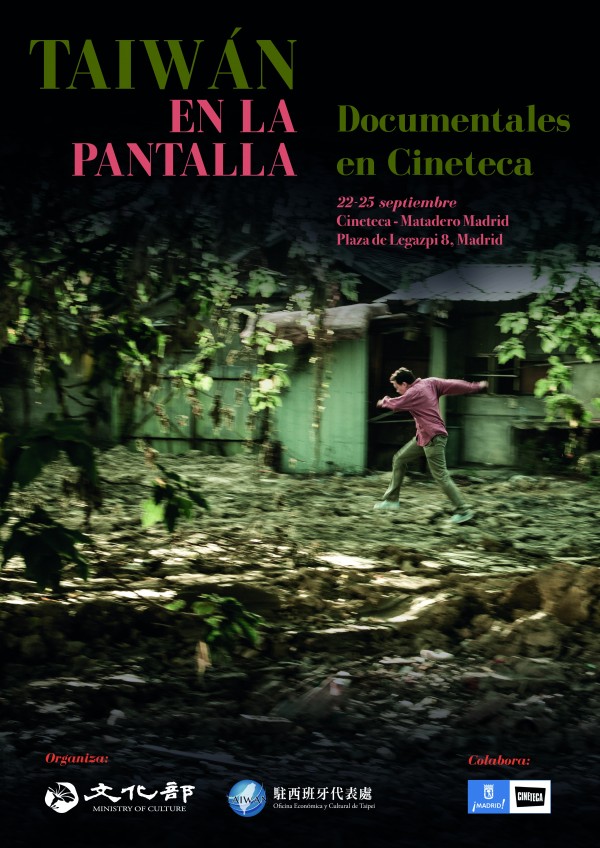 Su Hung-en (蘇弘恩), who is of indigenous Truku ancestry, reconnected with his roots when filming a documentary on his grandfather in "The Mountain,” while Jessica Wan-yu Lin (林婉玉), a performance art enthusiast, documents her favorite eclectic sound artist in "TPE-Tics.”

Environment-oriented photojournalist Ke Chih-yuan (柯金源) returns with a minimalist-style documentary on mankind's interaction with the sea, while established auteur Midi Z (趙德胤) captures the plight of Burmese laborers risking their lives for a piece of jade.

The closing film will be a politically charged piece on an old sanatorium housing former leprosy patients. "Realm of Reverberations” is the latest work by Chen Chieh-jen (陳界仁), a Taiwanese experimental artist who works with video and guerilla-style art.

For hundreds of years, the island of Taiwan has been ruled by different colonial powers. From the Dutch and the Spanish to the Japanese and the Republic of China, each regime labeled the indigenous peoples with different names and tried to change their culture. Only the indigenous peoples of Taiwan truly experienced the process of colonialization. The main character in the documentary is a Truku old man who reveals the history of aboriginal culture on Taiwan through his life stories.

Huang Da-wang (黃大旺), who is also known as Black Wolf or Yinfan, is widely considered a pillar of Taiwan's underground music scene. Nevertheless, he denies categorization as an artist, and refuses to define what art is. "TPE Tics” is an intimate look into Huang's co-existence with Tourette's syndrome and his way of life, which is incredibly different from the norm and largely incompatible with society. As links between Huang's past trauma and present creations are revealed, his psychological anxiety is at once enlightening and heartbreaking.

This 35-section, no-narration, no-music visual story is a true minimalist dialogue with people whose livelihoods depend on the sea. Unadorned and unadulterated, "Ocean” displays a collection of recorded marine images in a plain and simple way. Gazing at the images, one sees a true representation of marine life and the myriad ways that humans capture nutrients from the ocean, as well as the ocean's power to strike back.

Towards the end of 2012, when the Burmese army waged war on the Kachin Independence Army (KIA), many corporations contracted to work with the government on jade mining in the area were forced to stop their operation. The jade mines stretching up to hundreds of kilometers had become a war zone. Workers from all over the country flocked to the jade mines in the Kachin State to dig illegally for jade. They risked being arrested by the soldiers and being buried alive by rocks. All they wanted was to find a piece of beautiful jade that will lead them to a more comfortable life.

"Realm of Reverberations” comprises four sections, each presenting perspectives of individuals whose lives have been touched by the Losheng Sanatorium: old residents (Tree Planters), a young woman who accompanies sanatorium residents (Keeping Company), a hospice nurse who lived in mainland China during the Cultural Revolution (The Suspended Room), and a fictional political prisoner who travels through Taiwanese history from the Japanese colonial period to the present (Tracing Forward). They discuss what many believe to be the inevitable outcome for the Losheng Sanatorium. But is that really Losheng's legacy?