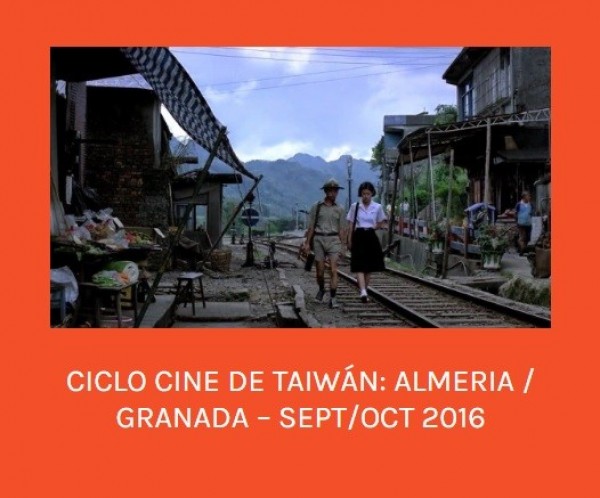 "Taiwan en la Pantalla,” a film series featuring Spanish editions of Taiwanese films, will be hosted by Filmoteca de Andalucía in Spain from Sept. 6 through Oct. 28.

Organized by the Cultural Division of the Taipei Economic and Cultural Office in Spain, the screenings aim to promote the Ministry of Culture's newly launched Spanish edition of the Taiwan Cinema Toolkit, which contains three categories and a total of 53 films with Spanish subtitles.

The five selected films for this round of screenings will include "Kuei-Mei, a Woman (我就這樣過了一生),” "Somewhere Over The Dreamland (夢幻部落),” "The Fourth Portrait (第四幅畫),” "Soul (失魂),” and "When Love Comes (當愛來的時候).” The screenings will take place at the Almeria and Granada branches of Filmoteca de Andalucía.

By launching the program "Taiwan en la Pantalla” in collaboration with Filmoteca de Andalucía, the Cultural Division in Madrid hopes to introduce quality Taiwanese films and documentaries to Spanish audiences and strengthen their awareness of Taiwan's people and culture.

Filmoteca de Andalucía is a major film institution based in the southern Spanish city of Cordoba in Andalusia. It also operates branches in Granada, Almeria, and Sevilla.