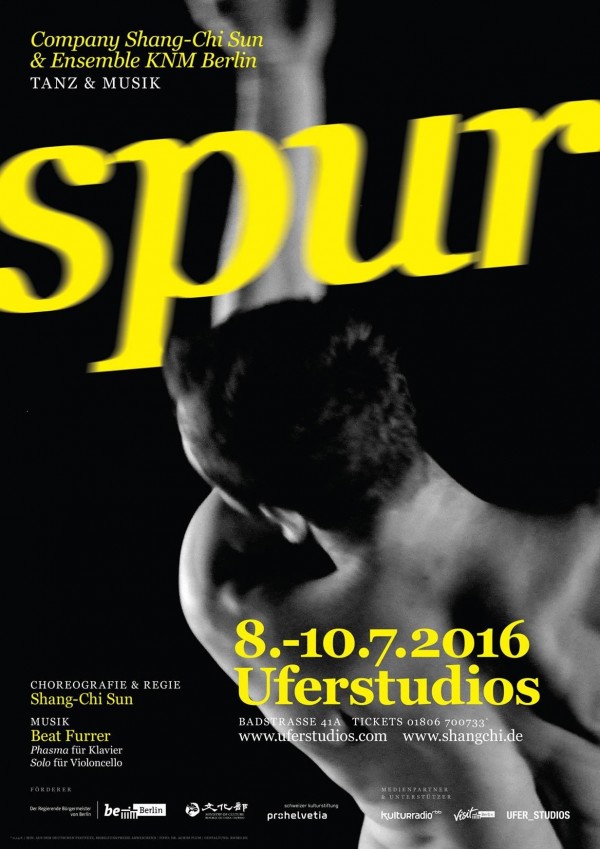 "Spur (溯形),” the latest collaboration between choreographer Shang-chi Sun (孫尚綺) and Ensemble KNM Berlin, will enjoy a special three-day showcase at Uferstudios Berlin from July 8 through 10.

In their third collaboration, Sun sought to choreograph a new production to capture the fascinating sound world of iconic music producer Beat Furrer. As one of the most dynamic composers in modern Europe, Furrer describes his act of creation as an archaeological search for "invisible layers” to bring to the surface.

"Spur” means "to trace” in German and reflects the notion of an intertwined time, space, and movement. In Sun's interpretation, four dancers and two musicians embark together on a timeless journey of reflection and discovery, accompanied by two of Furrer's best-known pieces, "Phasma” and "Solo for Cello.”

The dance piece resonances with the history of Uferstudios Berlin, which once served as the garage for horse trams and electric trams operated by Berlin Municipal Transport Services. The brick buildings were then repurposed in 2010 to house artist workshops, video studios, and other creative units.

In particular, Uferstudios Berlin is now utilized as a rehearsal and training venue by independent artists from Berlin's contemporary dance scene such as Sun, who is now based in Germany. Read more about the artist here.