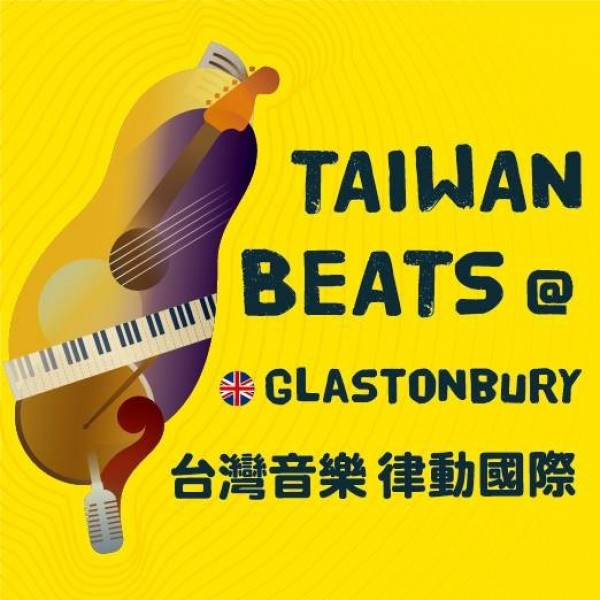 Hsu penned her first song at the age of 7 and went on to become a vocalist, pianist, songwriter, composer, and producer. Despite her unwavering popularity over the years, the 35-year-old still enjoys performing and interacting with her fans at smaller venues such as live houses.

Hailing from the eastern Taiwanese county of Taitung, Suming is an award-winning artist from the indigenous Amis tribe. The 37-year-old is recognized for raising the profile of Taiwan's aboriginal groups through his lyrics, music videos, and public appearances.

Ko, a bilingual artist with a major stage presence, is known for her distinct ability to rap to an eclectic mix of Chinese and English music styles. The 30-year-old Brooklyn native credits Tupac and Lauryn Hill for first getting her into the hip-hop game as she forays into jazz, disco, funk, and EDM with her second album release.

Under the flagship theme of "Taiwan Beats,” Hsu, Suming, and Ko will join international stars such as Adele, Coldplay, and Muse at the annual British extravaganza from June 22 through 26.

During the five-day Glastonbury Festival, a huge tented city — "a mini-state under canvas” — pops up on the green fields bordering Pilton, Somerset. Apart from showcasing all creative forms of art and design, event organizers also reserve a special area for the promotion of alternative medicine and eco-friendly technological breakthroughs.

This year, the concert venues will be decorated with eco-friendly LED lanterns from Taiwan. Malcolm Haynes, one of the organizers of the Glastonbury festival, spotted the balloon-shaped fixtures during his visit to the Tiehua Music Village (鐵花村) in Taitung, Suming's hometown.