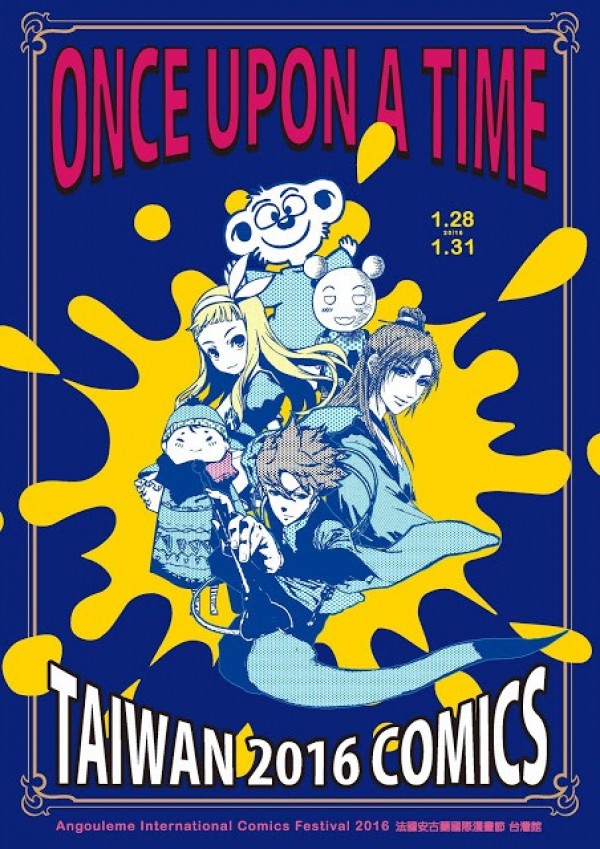 Comic artists Li Yu-chi (李御齊) and Ho Hsueh-yi (何學儀) are among the 20 finalists selected from 400 global submissions vying for the top three spots in the Jeunes Talents competition. The winners will be announced in the festival's opening ceremony on Jan. 28.

Li, who studied architecture at the National Cheng Kung University, works as an urban developer for the Taipei City Government. His shortlisted submission, "Où est Bukun? (Bukun在哪裡？),” is based on aboriginal lore and examines the interactions of urban dwellers and those who remained with the tribe.

Ho, who goes by the pen name of Public Child (大眾兒童), takes a more whimsical, colorful approach to illustration. His shortlisted submission, "Le Voyage (旅行),” was drafted five days before the deadline for submission.

Their works will be displayed in the Jeunes Talents Pavilion at the Angouleme festival, which will run from Jan. 28 through 31, 2016. Four additional talented comic artists - Crystal Kung (水晶孔), Yi Huan (依歡), Yeh Ming-hsuan (葉明軒), and Hambuck (漢寶包) - will be showcased by the Taiwan Pavilion.

More information on Taiwanese comics artists such as Ao Yu-hsiang can be found at the Cultural Features section.