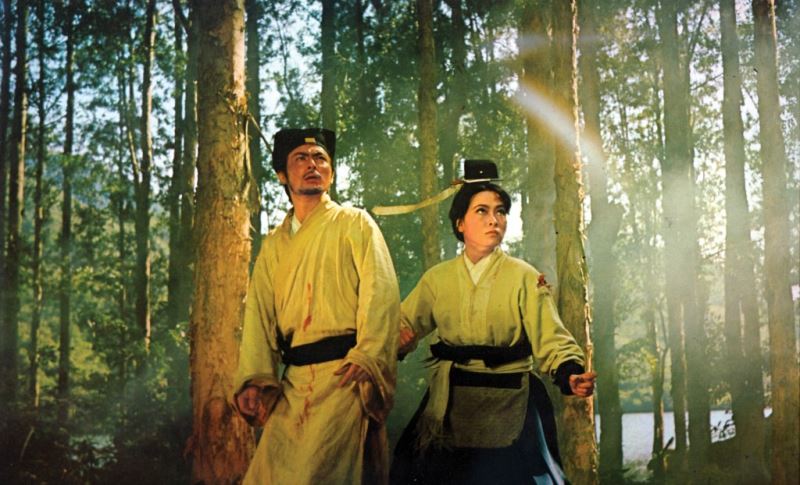 Epic sword fights, honorable warriors, masterful choreography, and emotional grace epitomize the Taiwanese wuxia collection that will be screened from Nov. 12 through 20 in Poland.

The Taiwanese Wuxia section of the 9th Five Flavours Film Festival encompasses several masterpieces of the genre that have not been presented in Warsaw before ― and remain virtually unknown to Polish audiences ― despite their influence on popular world cinema.

The Five Flavours program will start off with two groundbreaking films by the late King Hu (胡金銓) ― "Dragon Inn (龍門客棧)” from 1967 and "A Touch of Zen (俠女)” in 1971. The two epics, which changed the way Western critics saw wuxia as a genre, will be screened from digitally restored copies.

Another masterpiece from the 1960s ― "The Swordsman of All Swordsmen (一代劍王)” by Joseph Kuo (郭南宏) ― will also be screened from a rare 35mm print.

The Taiwanese Wuxia section will wrap up with two contemporary films paying homage to the likes of Hu. "Crouching Tiger, Hidden Dragon (臥虎藏龍)” and "The Assassin (聶隱娘)” will respectively show off the aesthetics of Oscar-winning Ang Lee (李安) and the sensibilities of Cannes-crowned Hou Hsiao-hsien (侯孝賢).

Two additional Taiwanese titles are scheduled to appear at the 9th Five Flavours festival as well.

Five Flavours Film Festival is an annual overview of cinema from East, Southeast, and South Asia. For nine consecutive years, the Warsaw festival has presented premiere screenings of the latest and most appealing productions from the Far East as well as classic Asian films and retrospectives of renowned filmmakers.