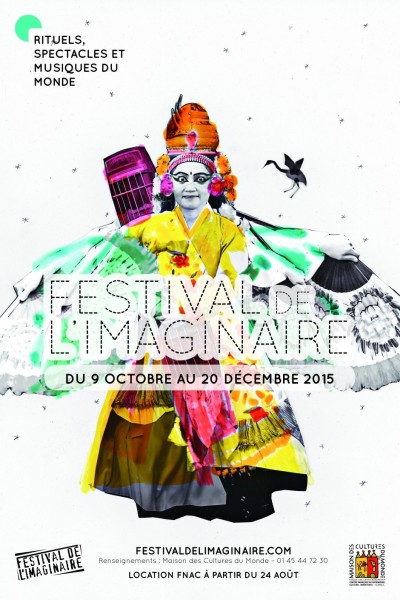 Chin Fei Feng will perform "Happy Couple's Outing on Lantern Festival Eve (嘉禮迎春戲元宵)” for French audiences. The drama portrays the joyful scene of a couple named Good Fortune Chu and Happiness Chin going out on the eve of the Lantern Festival. Marionettes controlled exquisitely and vividly by the puppeteers will ingeniously present the delightful and humorous drama.

Fu Hsing Ko is one of the most representative shadow play troupes in Taiwan, and a preserver of the original Chaochou-tone singing to this day. The troupe will perform "Prince Nezha's Triumph against Dragon King (李哪吒鬧東海)” during the Paris festival.

Festival de l' Imaginaire was launched by Maison des Cultures du Monde in 1996 to promote respect for different cultures. The festival program accommodates various categories and forms of performance so as to fully show the diverse customs of various ethnic groups in the world.