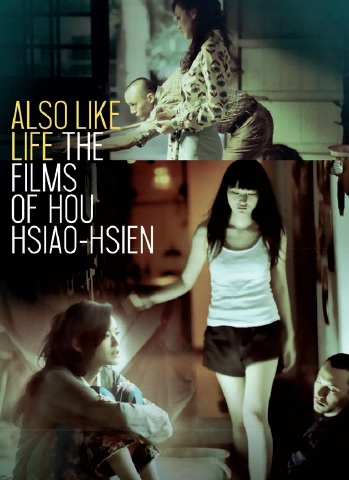 An international traveling retrospective on Hou Hsiao-hsien (侯孝賢), this year's Best Director in Cannes, will be shown at the British Film Institute from Sept. 2 through Oct. 6.

Hou has helped put Taiwanese cinema on the international map with work that explores the island's rapidly changing present as well as its turbulent, often bloody past, and is one of the best examples in world cinema of a director who found his own distinctive style and voice while working on the job.

The season will kick off with "Cute Girl (1980),” "Cheerful Wind (1981)” and "The Green Green Grass of Home (1982),” all starring Hong Kong pop star Kenny Bee; these early films offer a mixture of comedy and romance and begin to show Hou's interest in Taiwan's regional differences, a key theme of his later films.

The retrospective will also Hou's other early films, such as "The Sandwich Man (1983)” and "The Boys from Fengkuei (1983),” which dramatized engaging life stories - including his own in "The Time to Live and the Time to Die (1985).”

By this mid-point in his career, Hou had begun to gain an international reputation for his style, often compared to Japanese filmmaker Yasujiro Ozu, and he won the Venice Golden Lion for "A City of Sadness (1989)” and a Cannes prize for "The Puppetmaster (1993).”

Also on the lineup are the complex, but emotionally direct film "Good Men, Good Women (1995)” and "Flowers of Shanghai (1998),” which explores the manners and customs of the so-called "flower houses,” i.e. brothels, of late-19th century Shanghai.

Moving into the latter part of his career, the season will include "Millennium Mambo (2001)” starring Shu Qi (the star of this year's "The Assassin”) as a frequenter of the Taipei rave scene, who finds herself struggling to break free of an overly-possessive boyfriend; and "Café Lumière (2003),” a hallucinatory picture of young singletons in Tokyo, made as an homage to Yasujirō Ozu in his centenary year.

Rounding up the screenings is Hou's tribute to Albert Lamorisse's classic "The Red Balloon,” "Flight of the Red Balloon (2007),” which was shot in Paris with a largely French cast including Juliette Binoche as a puppeteer working on a Chinese play.

The season will also include introductory talks from season curator Richard I Suchenski (Bard College, NY) and film critic Tony Rayns. Rayns will also be meeting with Hou for a public discussion on Sept. 14.