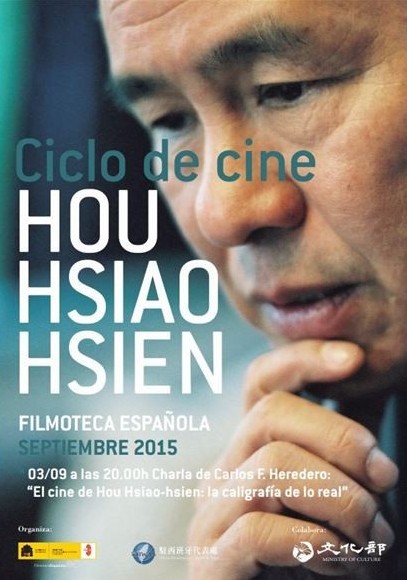 "Ciclo de cine Hou Hsiao-hsien,” or the Hou Hsiao-hsien film series, will offer 18 feature films from Sept. 1 to 30. The organizers hope to present a comprehensive overview of the director's trajectory in the past three decades, starting from "Cute Girl (就是溜溜的她),” his first major release in 1980, to "Flight of the Red Balloon (紅氣球),” Hou's 2007 tribute to the Albert Lamorisse classic.

The series will serve as a prelude to the Spanish debut of "The Assassin (刺客聶隱娘),” which is scheduled to hit the cinemas later this year. The Spanish rights were acquired by the Madrid-based Caramel Films at the Cannes Film Festival.

Heavyweight film criticCarlos F. Herederowill also lead a workshop on Sept. 3 to discuss the aesthetics defined by Hou, whose name has become synonymous with the use of long lenses and deep space.