Taiwanese troupes to take the OFF d'Avignon stage in July 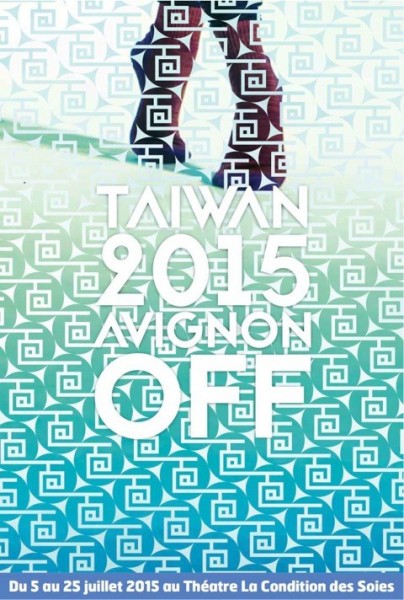 Five Taiwanese troupes will present their latest works at the 2015 OFF Festival d'Avignon in France from July 5 to 25. With the assistance of the Taiwan Cultural Center in Paris, the French overseas office of the Ministry of Culture, these selected groups will showcase varied performance styles from Taiwan to the world during the renowned summer festival.

Representing Taiwan to join this year's event are: In Theatre (在劇場), Horse Dance Theatre (驫舞劇場), 8213 Physical Dance Theatre (8213肢體舞蹈劇場), Langasan Theatre (冉而山劇場), and Riverbed Theatre (河床劇團). They will meet other groups from all over the world in the French city Avignon.

Taiwanese modern dance troupe In Theatre will stage "Tschüss!! Bunny (再見吧！！兔子),” a work exploring the meaning of life and rebirth, based on the concept of "now is the moment, and creation is assembling fragments of lives.”

All-male Taiwanese dance company Horse will put on a production called "FreeSteps (自由步).” It aims to provoke the imagination of audience members through physical movement, choreography, rhythm, and motion.

Inspired by their travels, 8213 Physical Dance Theatre will present a work titled "Unlimited Soul (視域無度．選粹)” — a love story with no ending.

Established by the Cilangasan clan in Hualien, the Langasan Theatre's "Misa-Lisin (彌莎．禮)” combines aboriginal Amis songs, myths, and rituals. Their powerful performance is shaped by the collective experiences of humanity and one's motherland.

Last but not least, contemporary theatre group Riverbed Theatre will return to the festival with a new piece titled "Rêves de riz (摘花).” Drawing upon elements of traditional Liyuan opera and Nanguan Dance, the group has created a new performance style for Taiwan's contemporary theater.

The annual OFF Festival d'Avignon, the oldest extant festival in France, is a month-long event dedicated to all elements of performing arts, including parades, theaters, concerts, story-telling, and circus routines. The five groups from Taiwan will be performing at the festival's Theatre de la Condition des Soies and Les Hivernales this year.

More information can be found at:http://www.avignonleoff.com/programme/2015/par-pays/taiwan-214/