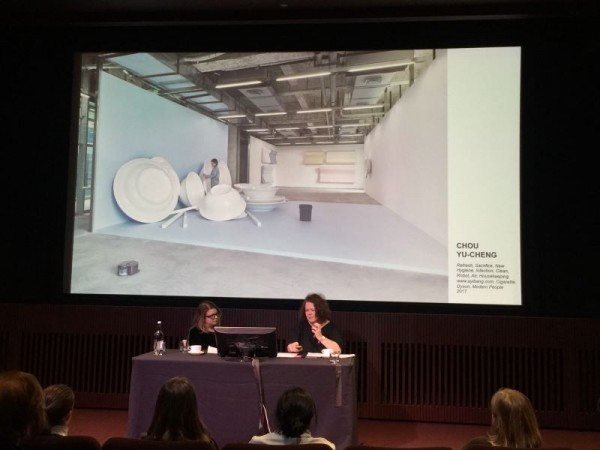 The Liverpool Biennial will be celebrating its tenth anniversary from July 14 to Oct. 28 by hosting some 40 artists from 22 countries worldwide. Among these will be Taiwan's Chou Yu-cheng (周育正), the only artist from the greater Chinese-speaking community to participate this year. Chou has been invited to travel to Liverpool and create a new piece on site.

The theme of this year's biennial is "Beautiful world, where are you?" – which director Sally Tallant says is derived from a poem by German Sturm und Drang writer Friedrich Schiller published in 1788 and set to music by Austrian composer Franz Schubert in 1819.

"Beautiful world, where are you?" reflects how the period between the two was one of tremendous global upheaval, with Europe going from the French Revolution to the fall of the Napoleonic Empire.

As the modern world is once again in the midst of deep uncertainty, the biennial sees an opportunity to reconsider the human past by inviting leading artists from around the world to explore and reflect on the massive social, political, and environmental changes that are reshaping this era.

Tallant added that the 2018 Liverpool Biennial also coincides with the 10th anniversary of the city's 2008 tenure as a European Capital of Culture, which only further boosts the significance of the event.

Alongside the Venice Biennale, São Paulo Art Biennial, and documenta (held in Kassel, Germany), the Liverpool Biennial has become one of the most significant exhibitions of contemporary art in the world, capturing the art world's attention through its combination of artistic and urban redevelopment.

A specialist in manipulating the pairing of aesthetics and society, Chou's works emphasize the work behind visual styling, focusing instead on the production of alternative modes of thinking and doing within existing systems while also revealing the problems with reality as it exists.

He works in a broad range of media, often acting as a sort of "intermediary" who blends what he sees as his "subjects" — individuals, enterprises, and institutions — to produce a dialectic between source and result through transfer or transplantation, or through differences in time and place.

Chou will present a major new artwork at St. George's Hall for Liverpool Biennial 2018. The presentation is a significant opportunity for the Taiwanese artist to exhibit an ambitious work in an international context and engage local and global audiences and art professionals with his practice.

A bold slab of galvanized steel — a common metonymy of department stores and consumerism that simultaneously connotes elements of caricature in cheap housing — stands dotted by highly physical indentations.

The statement installation commenced as a clean slate that members of the general public were invited to throw rocks at. As such, it evolved from a reflective surface to an interactive sculpture interrogating the act of protest.