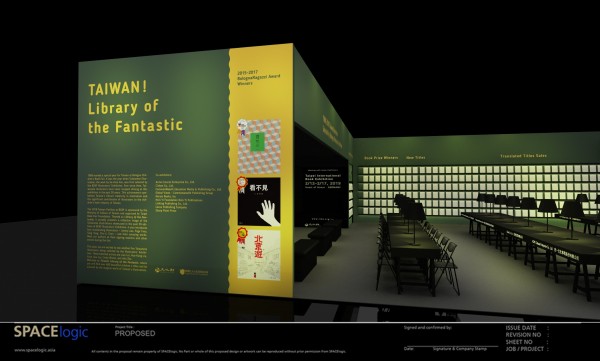 The Taiwan pavilion will return to Italy’s prestigious Bologna Children’s Book Fair – which is slated for March 26 through 29 – with more than 400 works and a special exhibition on the best of Taiwanese illustrations.

In 1967, the book fair also launched the Bologna Illustrators Exhibition, which serves as an exchange platform for publishers. In 1989, Hsu Su-hsia (徐素霞) became the first Taiwanese illustrator to be selected by the exhibition with “Water Buffalo and Straw Man (水牛與稻草人).”

To present the dynamic cultures and creativity of Taiwan, the pavilion will also hold a special exhibition to showcase the Bologna-selected Taiwan works of the last three decades as well as three BolognaRagazzi Award-winning works from the past three years.

An additional International Publication project will also be launched by the pavilion to assist Taiwanese illustrators and editors in introducing and marketing their works. This year, the project has selected illustrator Wang Chuen-tz (王春子) to attend the book fair.

Deputy Culture Minister Celest Hsiao-ching Ting (丁曉菁) noted that the Bologna Children’s Book Fair is an important platform for illustrators around the world, and that the Ministry will continue helping children’s books from Taiwan meet potential buyers and expand into foreign markets through organizing forums and promotional events.