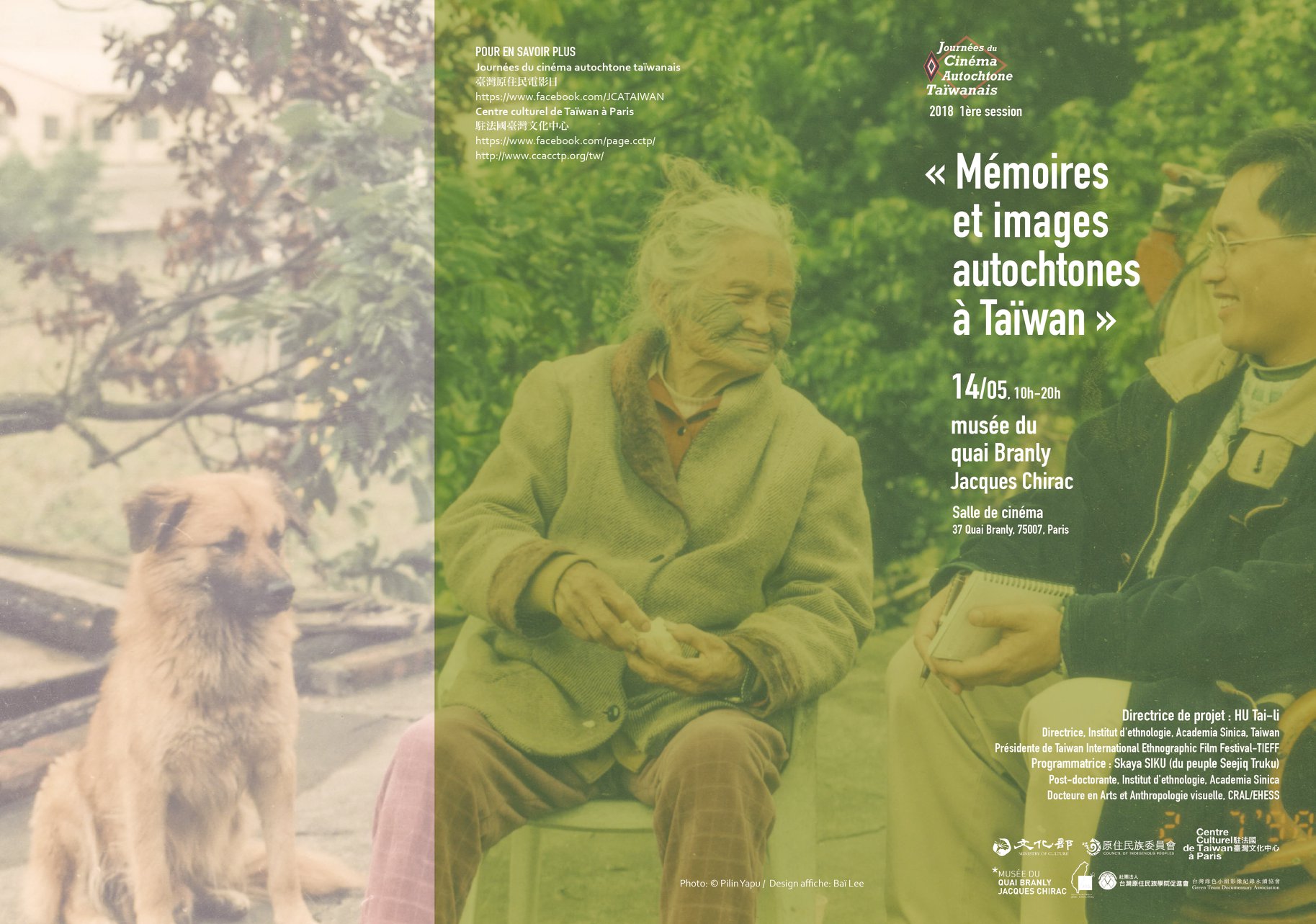 Taiwanese Indigenous Cinema Days, the first Taiwan-France film screening project exploring the historical memories of Taiwan's indigenous peoples, will be held at the Paris-based Quai Branly-Jacques Chirac Museum on May 14.

Co-organized by the Taiwan Cultural Center in Paris, Taiwanese Studies Program of the French National Center of Scientific Research, and Parisian School for Advanced Studies in the Social Sciences, the cinema program aims to promote dialogue between Taiwanese and French film professionals and scholars.

The program will screen a series of films and documentaries about social changes and human rights movements regarding Taiwan's indigenous peoples, and invite filmmakers, scholars, and professionals from Africa, Australia, Asia, Europe, and the United States to exchange views in forums.

Under the theme "Aboriginal Memories and Images in Taiwan," the film screenings will present over 20 films starting from the 1930s made by directors of Taiwanese aboriginal heritage. Two keynote forums and a round table conference will also be held following the screenings.

The event will invite Atayal documentary director and educator Pilin Yapu (比令・亞布) to talk about his imagery and construction of ethnic knowledge. Born in the Mapihaw tribe of Miaoli County, Pilin studied traditional Atayal education, knowledge, and culture under the tutelage of his grandfather.

Since the 1990s, Pilin has been revitalizing Atayal culture and making documentaries. He also established the Atayal North Group Culture Studio (泰雅北勢群文化工作室) with weavers Baunnay Watan (弗耐．瓦旦) and Yuma Taru (尤瑪．達陸) to conduct investigations on tribal history and culture and pass down traditional weaving skills.

Cheng Yu-chieh (鄭有傑), a Golden Bell Award-winning director and actor, has also been invited to share his thoughts on cross-cultural filmmaking at the Quai Branly-Jacques Chirac Museum.

By showcasing valuable videos and photographs, the cinema program will also offer insights on how the Green Team (綠色小組), an independent press unit established during the martial law era, shaped the development of democracy in Taiwan.

An additional outdoor forum exploring the topic "Taiwan and its Places of Memory" will be hosted by Samia Ferhat, laureate of the Taiwan-France Cultural Award and lecturer at the Parisian School for Advanced Studies in the Social Sciences.