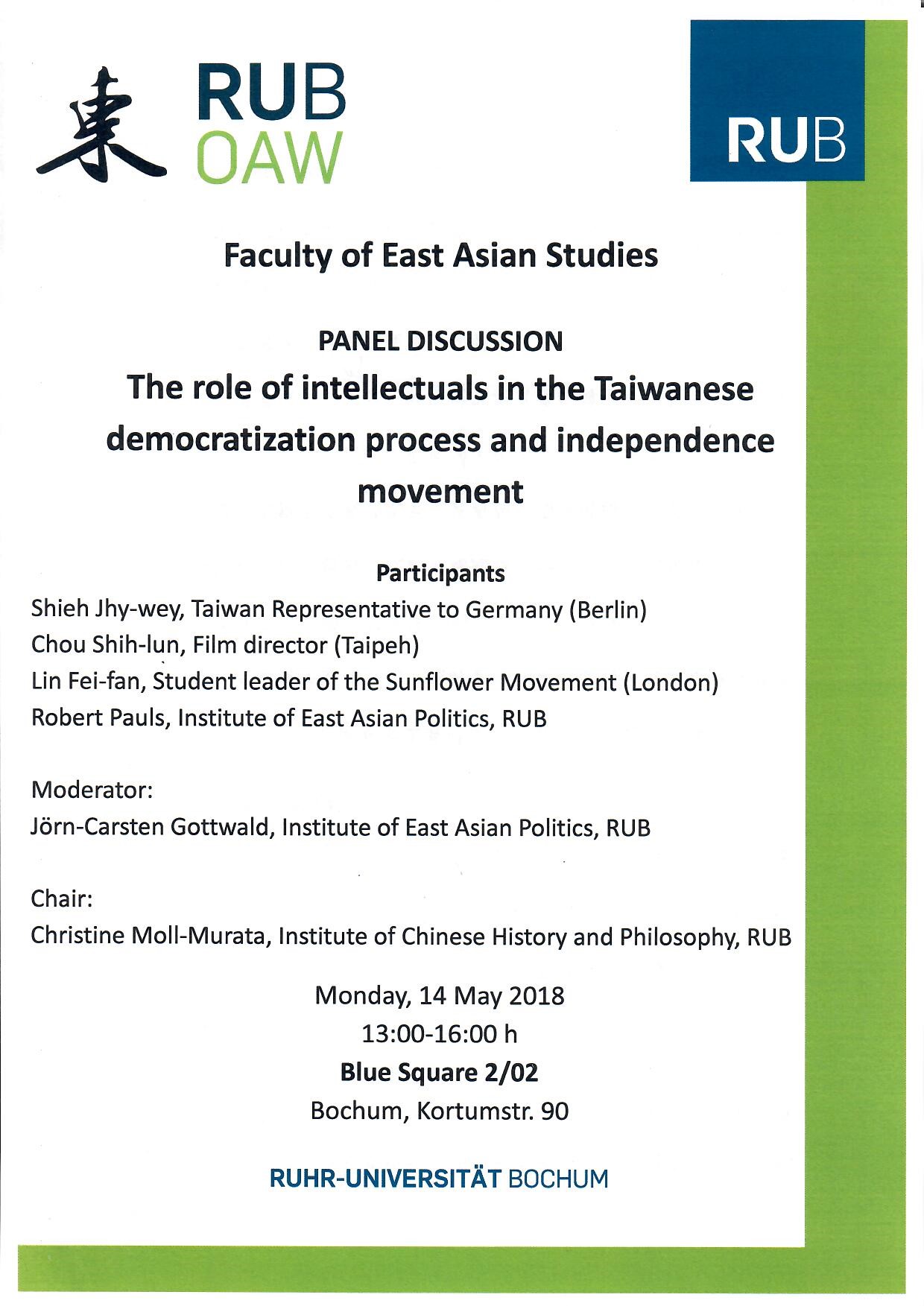 The Faculty of East Asian Studies of the Ruhr University Bochum in Germany will organize political film screenings featuring Taiwanese directors Cheng Wen-tang (鄭文堂) and Chou Shi-lun (周世倫) from May 12 through 17. Chou will also travel to Dusseldorf to hold several talks on Taiwan's social movements.

"Tears," his 2010 feature, tells the story of a detective who seeks redemption by solving a crime case about a college girl's death. The film reflects political issues such as institutional violence in Taiwan's history as well as the lives of disadvantaged social groups.

Chou, who co-directed the documentary "Sunflower Occupation," specializes in illustrating people and things he observes in Taiwanese society. His documentary records the process and aftermath of the Sunflower Movement, a student-led protest against the then-government's trade pack agreement with China without clause-by-clause review in 2014.

As an extension to "Sunflower Occupation," "Baomin" is a documentary proposing how social activists are not rioters but people who seek an ideal country with ideal politic and social frameworks. The film documents the efforts of ten students who participated in the Sunflower Movement and several previous social movements.

He will also participate in a May 14 forum titled "The Role of Intellectuals in the Taiwanese Democratization Process and Independence Movement," which will also feature Representative Shieh Jhy-wey (謝志偉) of the Taipei Representative Office in Germany and Lin Fei-fan (林飛帆), student leader of the Sunflower Movement.

Director Chou will then revisit Ruhr University Bochum to discuss the development of democracy in Taiwan with university students on May 16.