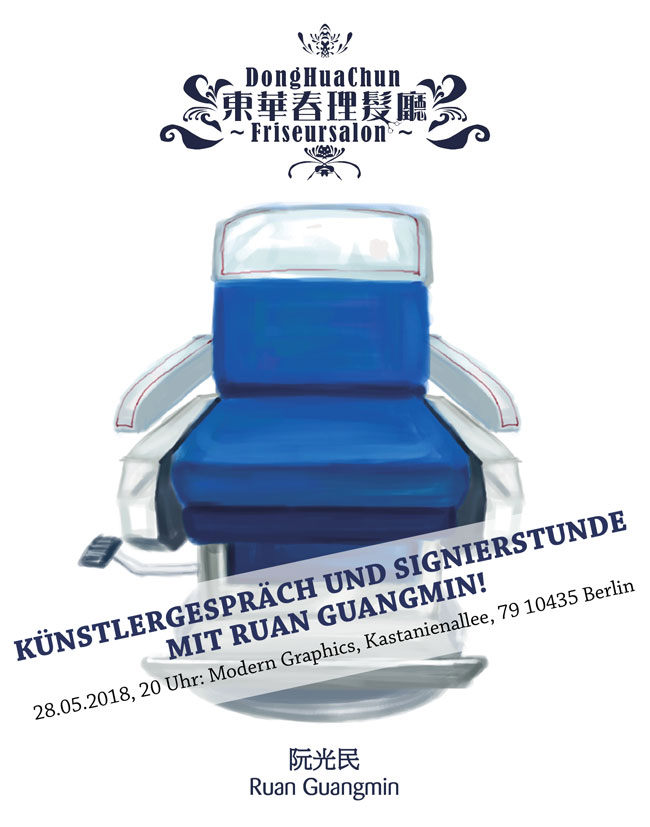 Taiwan comic artist Ruan Guang-min (阮光民) will be touring the four German cities of Berlin, Koln, Wurzburg, and Erlangen from May 28 through June 3. Each city will host a workshop discussing Ruan's works and the distinction of Taiwanese comics.

Ruan, 45, is known for his heart-warming comics for young adult readers. He garnered the Golden Comic Award of the Year last year for "Yong-Jiu Grocery Store," a comic that brings out nostalgia and heartfelt emotions with stories inspired by his own childhood memories with his grandfather.

The Yunlin native, whose illustrations often bring back collective memories shared by all those who lived on the island, has represented Taiwan at the Angoulême International Comics Festival in 2012 and 2018. He also co-hosted a Taiwan Comics Night at the Society of Illustrators in New York last month.

Ruan will be attending events at Modern Graphics in Berlin on May 28, at Coln Comic House in Koln on May 29, at University of Würzburg on May 30, and at Erlangen International Comic Salon from May 31 through June 3.

Accompanied by Elizabeth Wolf, director of Swiss-Chinese publisher manhua.ch, and interpreter Johannes Fiederling, Ruan will discuss the creative journey of making "Dong Hua Chun Barbershop," which was the first Taiwanese comic to be adapted into a television series. Please contact our Berlin office for more event details.