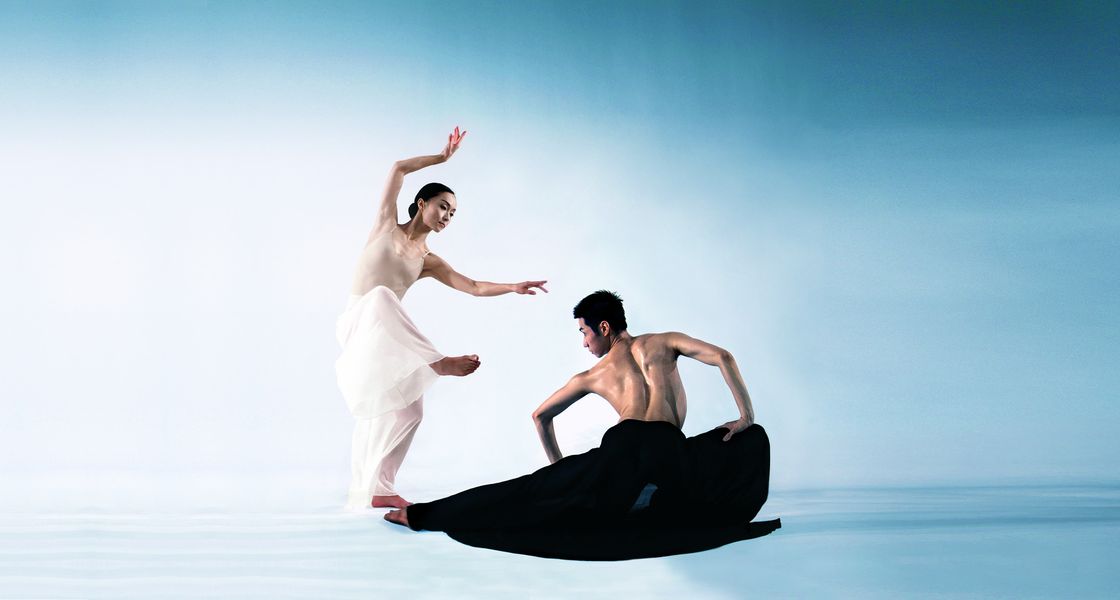 Taiwan's Cloud Gate Dance Theatre will make its third appearance at Festival Grec, an international gala of dance and performing arts in Barcelona, with its enduring classic "Pine Smoke" on July 10 and 12.

"Pine Smoke" is choreographed by Cloud Gate patriarch Lin Hwai-min, who bases his works on meditation, nature, the practice of internal (qi gong) and physical (wushu) martial arts, and classic Chinese arts such as calligraphy.

In this 70-minute performance, the true protagonists are rice paper and ink. The title of the piece refers to the release of smoke when pine wood is burnt — a process which is used to make an especially tone-rich black ink from pine soot.

Fascinated by the way that ink flows over paper, the masterful Lin transforms the bodies of his dancers into lines drawn on stage with an imaginary brush. Through movement, dancers explore the different tonalities of black that appear when creating text through calligraphy.

This work of delicate lyricism — set to music by avant-garde American artist John Cage, who is much revered for his sound experimentation — will be performed at Theatro Grec, an 1929 open-air theater on Barcelona's famed Montjuïc hill that serves as the main stage of Festival Grec.

This will be Cloud Gate's third showcase at Festival Grec, following "Moon Water" in 2007 and "Wild Cursive" in 2010. "Pine Smoke" will also be Lin's last curtain call in Barcelona, as the 71-year-old maestro has announced his intent to retire in 2019.

"Pine Smoke" celebrates the elegance of calligraphy and the power of emptiness. Instead of calligraphy, on the cyclorama are projected the close-ups of crackled traces of porcelain. As the dance proceeds, the color of the projected images gradually evolves from shinning white to different shades of brown, just like the rice paper aging through time.