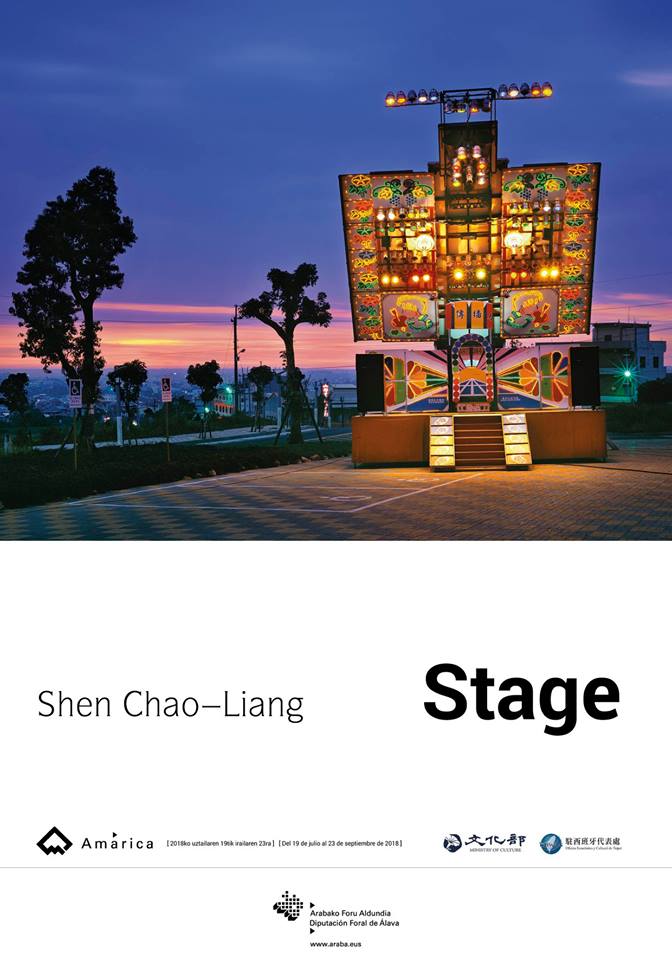 Stage cars are one of the most unique creations in Taiwanese culture and have a special place in many people's memories. From July 19 to Sept. 23, Taiwan's renowned photographer Shen Chao-liang (沈昭良) will once again greet Spanish exhibitiongoers with his stage-car series "STAGE" at the Sala Amárica gallery in Vitoria.

Shen's works portray people enjoying the unique scenery of Taiwan and tasting the true flavors of local Taiwanese culture. His "STAGE" collection presents the beauty of countryside landscapes, the abundant colors of the seaside skies, and the splendor of neon lights in Taiwan. The underlying themes, however, focus on the scenes and lives in Taiwanese reality and bring attention to the problems beneath the surface.

The Taipei Economic and Cultural Office in Spain collaborated with independent Spanish curator Alejandro Castellote, jointly selecting 34 works from the "STAGE" series that was developed between 2006 and 2014, for the Vitoria exhibition. The organizers hope that Shen's unique way of cultural expression will boost public imagination about Taiwan.

Castellote is an illustrious Spanish curator and co-founder of photography festival "PHotoEspaña," for which he served as the artistic director from 1998 to 2000. He won the 2006 "Premio de Bartolomé Ros," a seminal award in the Spanish photography industry, in recognition of his outstanding curatorial contributions.