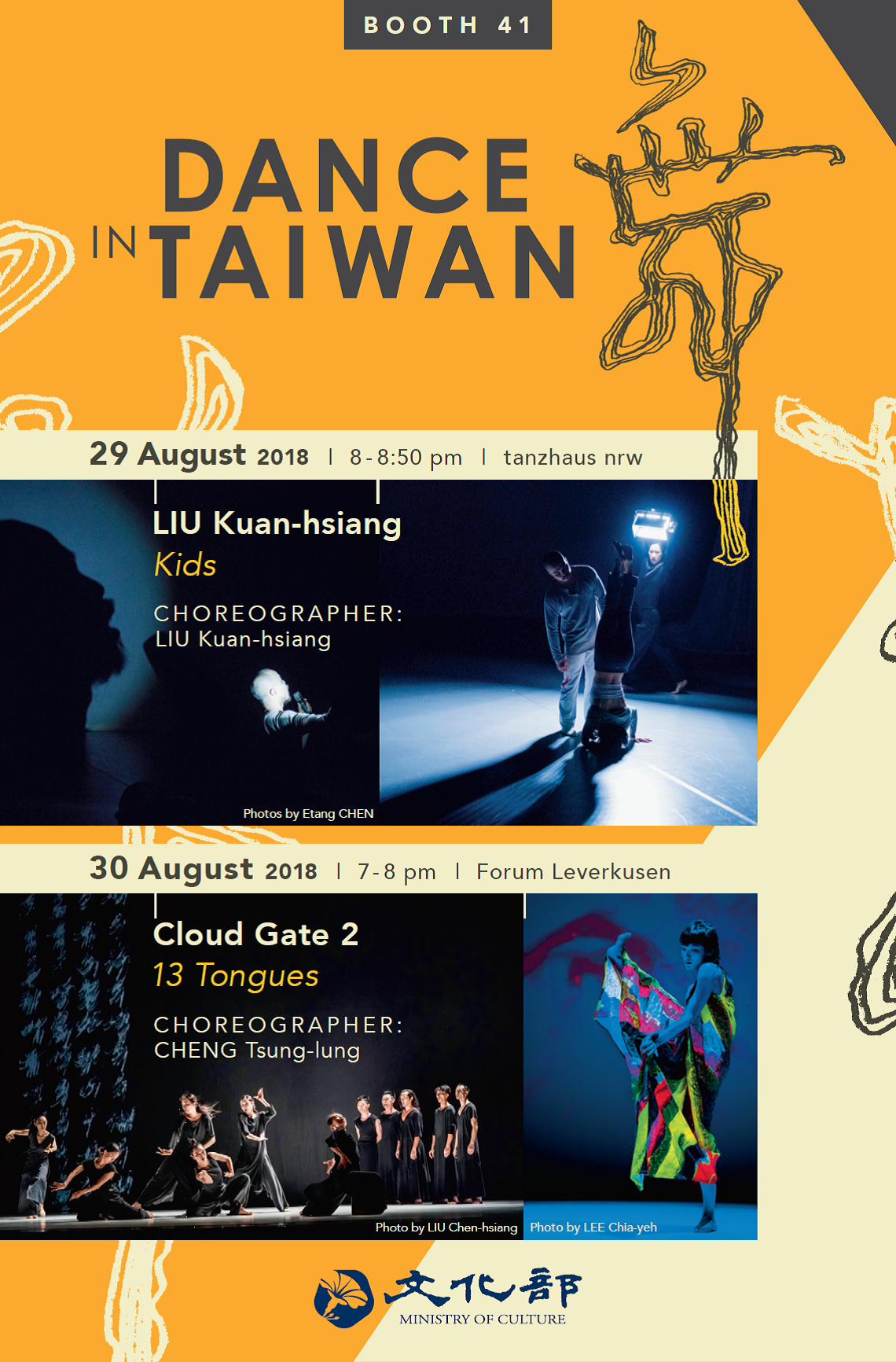 Taiwan will mark its fifth year of participation at Internationale Tanzmesse NRW, Düsseldorf's biennial dance fair taking place this year from Aug. 29 through Sept. 1, with a record-breaking number of Taiwanese troupes and participants.

Held every two years in Düsseldorf, Internationale Tanzmesse NRW is one of the world's largest modern dance fairs featuring exhibitions, lectures, performances, and workshops. Dancers and cultural professionals from around the globe gather to learn from each other and establish new networks.

Organized by the Taipei Representative Office in the Federal Republic of Germany, this year's delegation will feature a record-breaking number of 36 troupes from Taiwan. They will put together an exhibition titled "Dance in Taiwan" that will debut on Aug. 30 at NRW – Forum Düsseldorf.

In addition to the Taiwan Pavilion at Booth 41, two Taiwan choreographers have also been invited to perform their latest creations on the main stage of Internationale Tanzmesse NRW:

Composed by emerging choreographer Liu Kuan-hsiang (劉冠詳), "Kids" presents a dialogue recorded prior to his mother's death and embodies the exuberance of life in the valley of death ― crazy and magical, yet delicate and sensitive. As the last gift that Liu could give to his mother, "Kids" won the 15th Taishin Performing Arts Award in 2017 and was invited to perform at Aurhus ─ Aerowave in Denmark last year.

By participating in Internationale Tanzmesse NRW, Taiwan's dance troupes have drawn worldwide attention and demonstrated Taiwan's unique dance culture. With such a large-scale exhibition and high-level performances planned, the Taiwan delegation hopes to become a major focus of this year's international event.

For further information, please visit the official website at www.tanzmesse.com/en/.