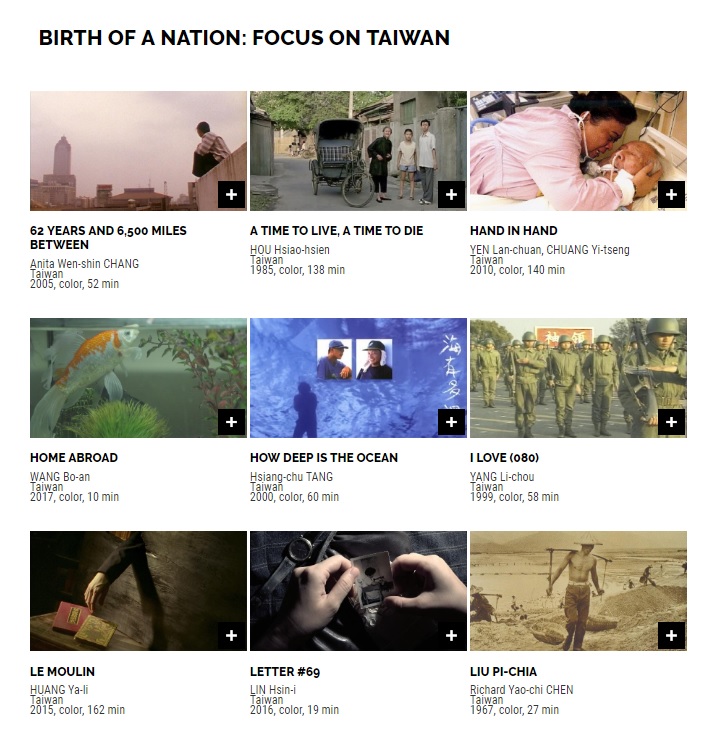 The Taiwan Film Institute has teamed up with DokuFest to hold the largest retrospective on an Asian nation ever to greet Kosovan audiences ― the 23-film-strong "Birth of a Nation: Focus on Taiwan @ Dokufest."

Curated by Wood Lin (林木材), director of the Taiwan International Documentary Festival, "Birth of a Nation" is a showcase of Taiwanese filmmaking that spans almost a full century of Taiwan history, from Japanese colonial rule to the student-led Sunflower Movement in 2014. It includes films by world-acclaimed masters as well as recent works by up-and-coming young directors.

The retrospective's provocative title reflects DokuFest's mission to encourage discussions on national independence, sovereignty, human rights, and social movements. As questions of nationhood and international recognition are crucial issues in both countries, films on Taiwan's recent history and political developments are expected to be of great interest for Kosovan festivalgoers.

Birth of a Nation: Focus on Taiwan@DokuFest 2018

“How Deep Is the Ocean” by TANG Shiang-chu

“Spring: The Story of Hsu Chin-Yu” by TSENG Wen-Chen

“A Time To Live, A Time To Die” by HOU Hsiao-hsien

“The Falling Kite” by HSIAO Mei-ling

“The War that Never Was” by CHANG Chien-Chi

“The 20th May Incident” by Green Team

“The 20th May Incident: The Truck Driver” by Chinese Television System Inc.

“The 20th May Incident: Situation in Ximen from Nighttime to Early Morning” by Chinese Television System Inc.

“Verdict Announced Today for the 20th May Incident” by Chinese Television System Inc.

“Resampling the Past” by Marco WILMS

“The 561st Hour of Occupation” by YUAN Goang-ming

“Terra Nullius or: How to Be A Nationalist” by James T. Hong

“The Best Of Times” by CHANG Tso-chi

#dokufest2018 will feature a large retrospective of 23 Taiwanese films spanning on a period of almost a hundred years of #Taiwan history, covering all genres, from documentary, experimental video, to fiction. pic.twitter.com/HGSGje3BIM