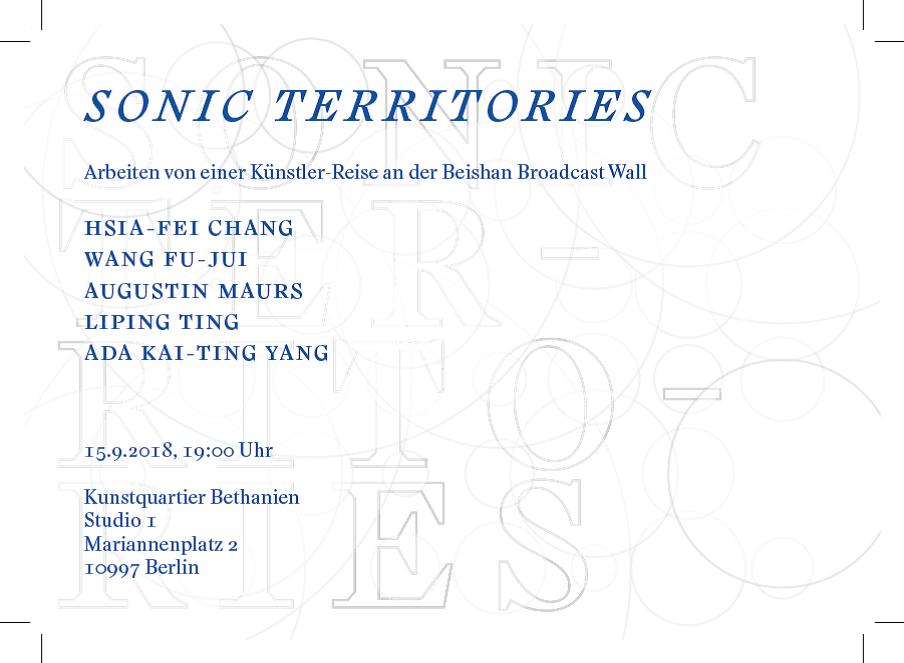 A week-long program of exhibitions, performances, and on-site installations will be held in Berlin from Sept. 12 through 19 to commemorate the 60th anniversary of the Second Taiwan Strait Crisis, which is otherwise known as the 823 Artillery War.

The Beishan Broadcast Wall on Taiwan's outlying Kinmen Island was built in 1967 to blare propaganda messages across the Taiwan Strait. Facing the sea, the 10-meter-tall edifice held 48 individual loudspeakers with an estimated reach of 25 kilometers, even though the beach was only 6 kilometers away from China.

Many of the documented voices were female, including the enduring vocals of late Taiwanese singer Teresa Teng (1953 – 1995). Punctuated by spoken messages, her popular songs were used to attract listeners across the ocean. Partially functional today, the Beishan Broadcast Wall remains one of the largest loudspeaker structures ever built.

The artists' subsequent photographs, audiovisual records, drawings, and oral testimonies from Kinmen residents will be on display in Berlin's Kunstquartier Bethanien. Accompanying forums will also be held to explore the political history of Taiwan by using soundscapes to define national territories and historic trauma.

From an exhibition envisioning the Beishan wall as a polyphonic instrument that merges the past and future through the voice of contemporary artists, to innovative sound installations and live concerts, "Sonic Territories" hopes to demonstrate how sound can blur boundaries and transform a three-story-tall military propaganda machine into a symbol of hope and new frontiers.