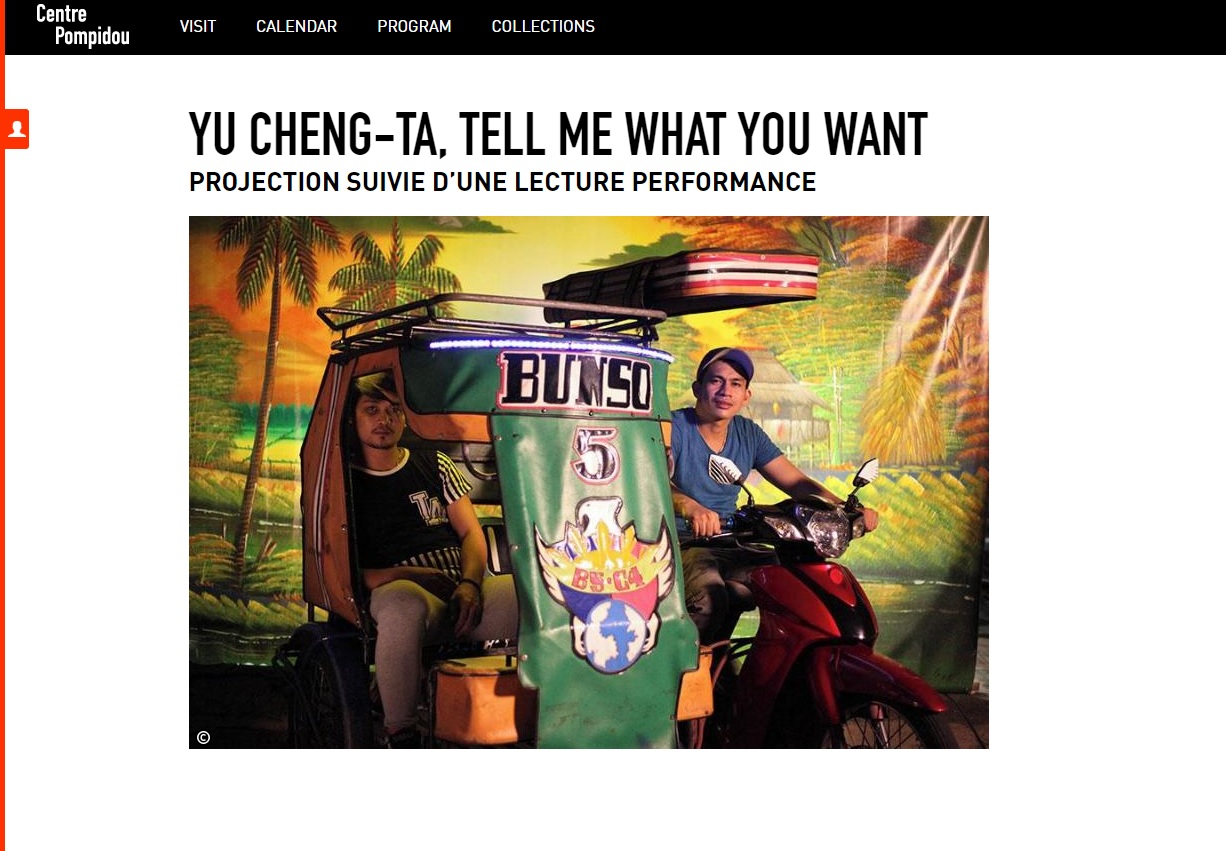 Taiwan artist Yu Cheng-ta (余政達) has been invited to screen his "mockumentaries" at the Pompidou Centre in Paris. The screenings will be accompanied by performances and artist talks on Sept. 13 and 27.

Yu, 35, is a Tainan-born video artist who was selected as one of the artists representing Taiwan at the 53rd Venice Biennale. He adopts a playful approach to language in his video works, which often involve realistic situations acted out in live performances to convey his concept of "living theater."

Screening at Pompidou on Sept. 13, his mockumentary series "Tell Me What You Want" is named after a common greeting used on the streets of Malate, Manila to highlight the transactional nature of these streets. Its four episodes ― "Malate," "David," "Joara," and "The Shop" ― examine exchanges through gazes, friendship, and desire between a traveler and an exotic destination.

David, a fictitious character who serves as the intersection point among the four mockumentaries, mirrors such yearnings. By incorporating friendly exchanges and bargaining from the viewpoints of different cultures, the artist hopes to disclose the biases rooted among different cultures, and uncover the hidden class consciousness behind tourist entertainment and global transactions.

Following the Sept. 13 screening, Yu will also team up with French thespian Manuel Blanc for a 30-minute impromptu performance and recitals.

Next up will be the screening of "Watermelon Sisters" on Sept. 27, as part of the Pompidou Centre's queer-themed Prospectif cinema series. In this collaboration with Singapore’s Ming Wong (黃漢明), both artists don female attire and explore the concept of gender and identity through a multi-faceted prism.

The titular fruit is a nod to auteur Tsai Ming-liang's (蔡明亮) often usage of the watermelon as a symbol for fertility, sensuality, and zest for life.