Taiwanese puppetry to take the stage of German marionette festival 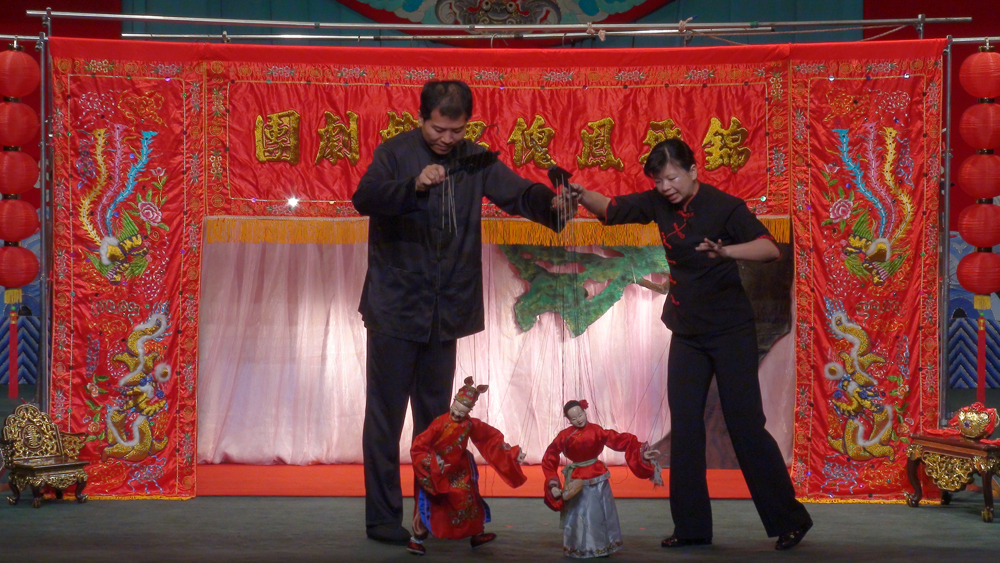 Chin Fei Feng is a family troupe with over 90 years of history. Now showcasing talent from third-generation members, the troupe still performs at both cultural events and religious rites. In recent years the troupe has been harnessing modern theater techniques to innovate and expand the range of artistic expression of traditional Taiwanese puppetry.

"Celebrating the Arrival of Spring on the Lantern Festival" is a play that features the southern style of Taiwanese puppetry. Humorous dialogue, comical characters, animated storyline, and innovative music and stage settings come together to recreate the rousing atmosphere of the Lantern Festival.

The protagonists of the play are husband Chu Hsin-fu and wife Chin Mei-man, who are a content and humorous couple on a night out during Lunar New Year holidays. As they enjoy the lantern displays and the joyous activities taking place around them, viewers are introduced to street sights such as lion dances, ball-playing children, and a golden display of the folk deity of fortune.

In this Chin Fei Feng production, both the marionettes and their handlers appear on the same stage. Moreover, the Lunar New Year festivities provide a great showcase for their dexterous skills. The 45-minute play is packed with jokes and banter exchanged between the couple, who bid the audience a happy and joyful life as the curtains fall.