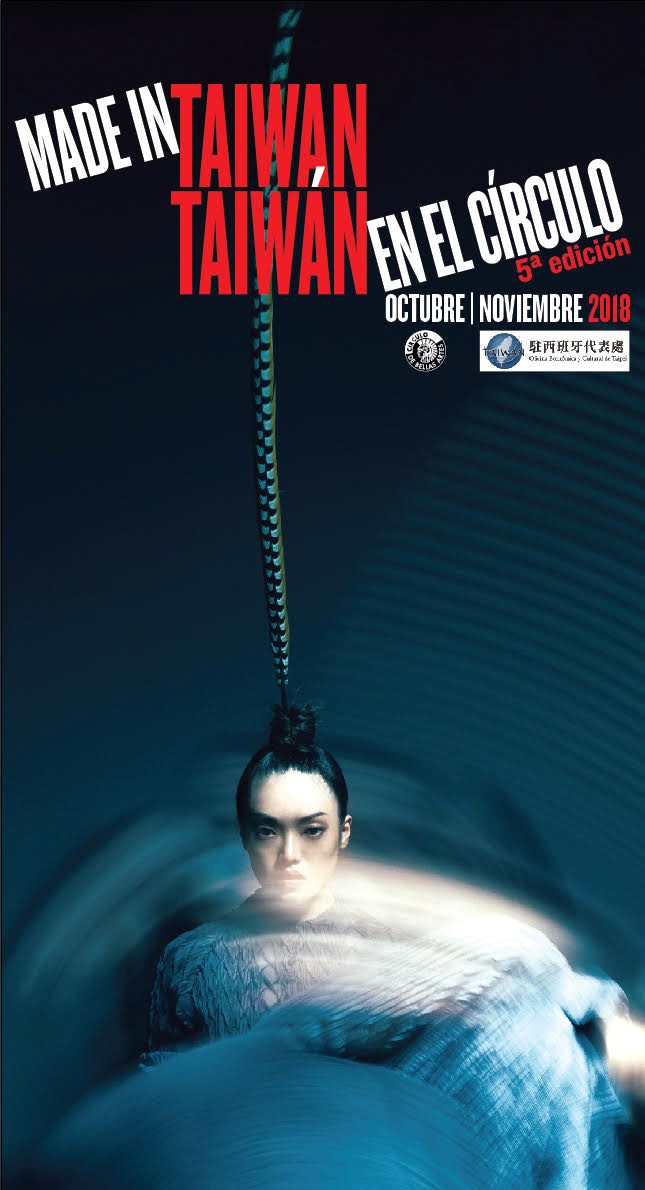 The fifth edition of the "Made in Taiwan" showcase at the Madrid-based Círculo de Bellas Artes will return on Oct. 17 with spectacular dance and jazz performances by Taiwanese artists and musicians.

First up on Oct. 17 and 18 is the performance "Boundless" by Taiwan troupe Hung Dance (翃舞製作), the top prize winner of last year's Burgos-New York International Choreography Competition. Hung Dance is led by artistic director Lai Hung-chung (賴翃中), who hopes to transform his understanding and interpretation of dance into body movement through choreography and stimulate new ideas.

"Boundless" expands upon on the troupe's award-winning inaugural production "Birdy﻿," a duet where a flighty female dancer, wearing a headset of long pheasant feathers, confronts a male dancer, who represents confinement. The inner desire to alter ― or escape from ― one's reality underscores the dancers' search for something that would give meaning to their lives.

Next up on Nov. 16 are performances of jazz sextet "Clave de Taiwan" by artists Vincent Hsu (徐崇育) and Victor Mendoza. The titular "clave" holds two meanings ― first, as the Spanish word for "key," and second as a rhythmic pattern employed by Afro-Cuban music. The sextet represents Hsu's hopes of using Latin jazz music to tell the unique stories of Taiwan.

Hsu, who has previously performed alongside groups such as Soy la Ley and held showcases at the Blue Note Jazz Club in both New York and Beijing, will team up with Mexico-born vibraphonist and composer Mendoza, who was named one of the outstanding Latin jazz artists of this era by "Latin Beat" magazine.

“Made in Taiwan: Taiwan en el Círculo” is an annual Taiwan-themed festival co-organized by the renowned Spanish cultural center Circulo de Bellas Artes and the Cultural Division of the Taipei Economic and Cultural Office in Spain.