Embark on a cinematic journey of Taiwan in London this fall 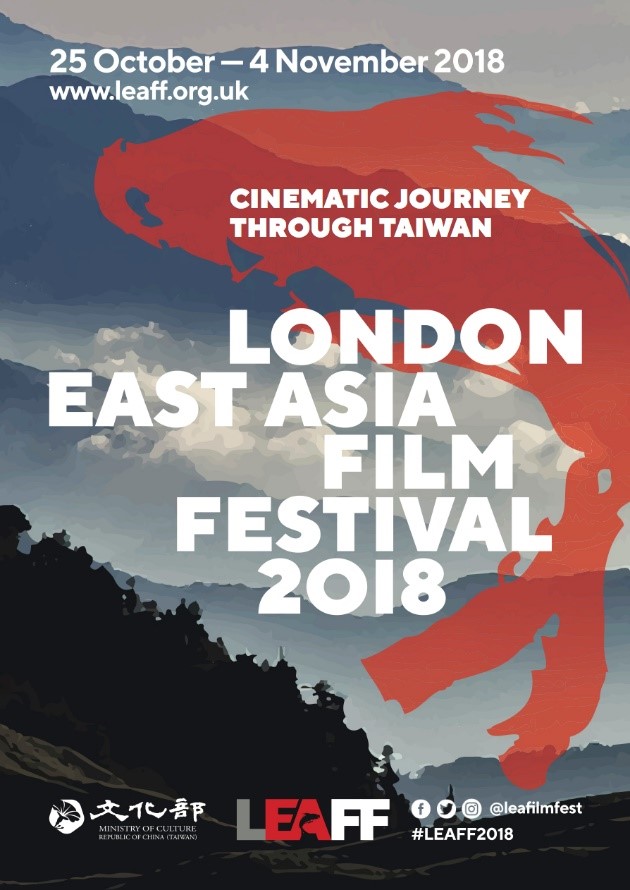 The London East Asia Film Festival (LEAFF), the most celebrated champion of East Asian cinema and culture in the UK, will take place from Oct. 25 through Nov. 4. To mark the recent surge of domestic and foreign attention surrounding Taiwanese cinema, LEAFF announced that Taiwan will play a central role in its third annual film festival, with "Cinematic Journey Through Taiwan" giving attendees the opportunity to learn more about Taiwan through a series of film screenings, panel discussions, and in-depth conversations.

In total, ten films from Taiwan will be screened, covering the past, present, and future of Taiwanese cinema. Audiences will have the chance to watch classic films such as "A City of Sadness" by director Hou Hsiao-hsien (1989), "A Brighter Summer Day" by Edward Yang (1991), and "Tropical Fish" by Chen Yu-hsun (1995). On the opposite side of the spectrum, socially charged "10 Years Taiwan" (2018) — a series of shorts produced by five talented filmmakers — imagines the future of Taiwanese society in 2028.

The film festival has also acknowledged the talent and creativity of emerging Taiwanese directors, and three have been shortlisted for the prestigious Philips-Lee Award: "The Great Buddha+" by Huang Hsin-yao (2017), "The Bold, The Corrupt and the Beautiful" by Yang Ya-che (2017), and "Dear Ex" by Mag Hsu and Hsu Chih-yen (2018).

"Sen Sen" (2017) by director Bon An will be featured to highlight the voice of women in East Asian cinema, whilst Hsiao Ya-chuan's film "Father to Son" (2018) has been selected as part of the Official LEAFF Selection. Last but not least, a 2018 documentary collaboration between Taiwan and Myanmar titled "14 Apples" by Midi Z (2018) will also enjoy its UK premiere at the festival.

"Stories of Women," a panel discussion, will be held on Nov. 2 in partnership with London East Asia Film Festival and Asia House. Bon An, Taiwanese film director of "Sen Sen," will join the talk. The event will be followed by a "Taiwan Cinema Night" reception.