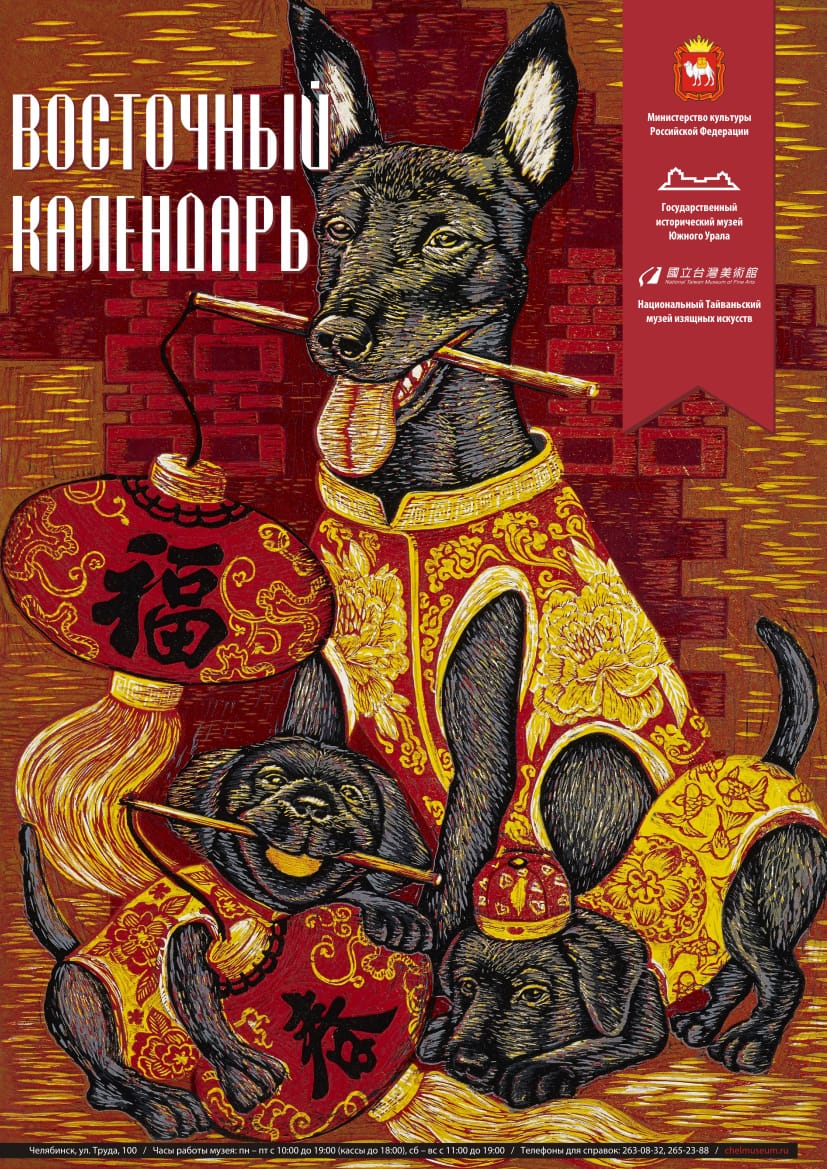 Festive Lunar New Year prints from Taiwan will be showcased for the first time at Chelyabinsk, a Russian city close to the Ural Mountains, from Nov. 13, 2018 through January 13, 2019.

The 64-print-strong collection will be displayed at the State Historical Museum of the Southern Urals. Museum Director Vladimir Bogdanovsky welcomed the opportunity to introduce Taiwan's Lunar New Year traditions and motifs to the people of Chelyabinsk, and praised the collection for its high quality and unique aesthetics.

Nicolas Hsu, director of the Ministry of Culture's overseas cultural office in Moscow, explained that these prints were traditionally hung on walls or entry ways, and displayed not only for decorative reasons but also for bringing luck to the family.

The 64 prints are from the collection of the National Taiwan Museum of Fine Arts, which holds an annual competition for printmaking on the Chinese zodiac animal of the coming year.

This exhibition will mark the first collaboration between the Taichung-based fine arts museum and the State Historical Museum of the Southern Urals. The latter is famous for its display of the Chelyabinsk Meteorite that crashed on Russian territory in 2013, injuring around 1,600 people and devastating over 500 buildings and structures.

"Eastern Calendar — Print Art from Taiwan" has previously toured the National Museum of the Republic of Kazakhstan, the Irkutsk Regional Art Museum in eastern Russia, and the Novosibirsk State Art Museum in southwest Siberia.