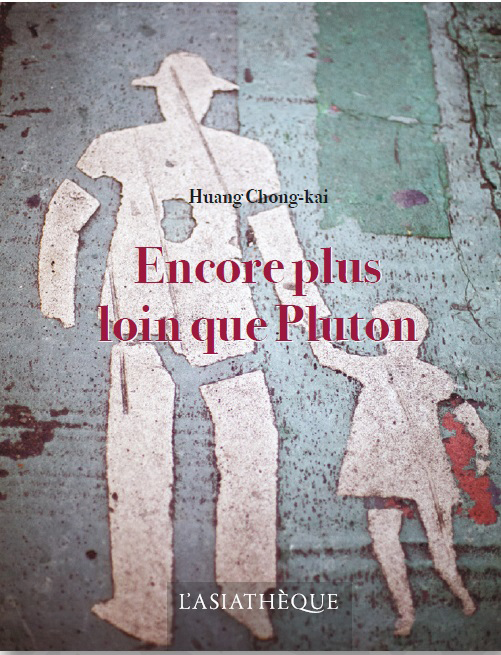 Taiwan author Huang Chong-kai (黃崇凱) will attend several book meets in Paris and Lyon from Nov. 16 to 18 to promote the upcoming French release of his award-winning novel "Further Than Pluto (比冥王星更遠的地方)."

Born in Yunlin County, the 37-year-old counts among his portfolio a short stories collection called "Bootlegs," as well as the novels "Blue Fiction" and "The Content of The Times" — the latter was one of the three recipients of the 2018 Taipei International Book Exhibition's Book Prize for Fiction.

Huang is also a member of Taiwan-based Alphabet Lab, a collection of experimental writers and critical theorists who publish serialized novels based on each letter of the French alphabet. He is currently serving residency at the University of Iowa’s International Writing Program with support from the Ministry of Culture.

"Further Than Pluto" begins with the unexpected entwinement of two lives — a young intellectual caring for his terminally ill mother, and a high school history teacher with an impeccably happy family life. Seeking an escape from the demands of their respective lives, the two begin to unwittingly type out a script that will come to dictate both their realities.

"Further Than Pluto" will be released under the title "Encore plus loin que Pluton" by L'Asiathèque on Nov. 28. The French publisher's six-title-strong Taiwan Fiction series include "The Magician on the Bridge (Le Magicien sur la passerelle)" by Wu Ming-yi and "The Trail of Dreams (Les Sentiers des rêves)" by Walis Nokan.

Huang will greet fans at Le Phénix bookstore in Paris on Nov. 16, and attend the 5th Salon de l’Asie in Lyon on Nov. 17 and 18, in which he will participate in a panel discussion on Taiwanese literature and talk about his new book.