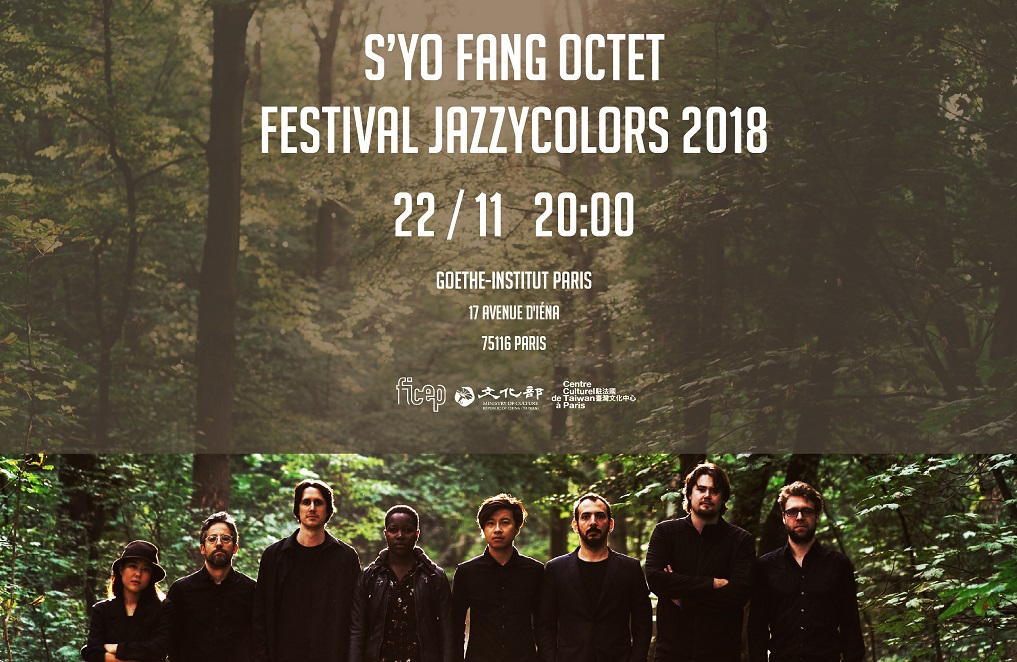 S'yo Fang (方斯由) is a Taiwanese pianist, composer, and arranger who is currently based in the Netherlands. He will lead a jazz octet to represent Taiwan at this year's Jazzycolors music festival in Paris on Nov. 22.

The Kaohsiung native has been classically trained in piano since the age of 7, but decided to switch to tracks by pursuing jazz composition and piano studies at the Koninkelijke Conservatorium and Rotterdam Conservatorium in the Netherlands. He has since been making rounds in the Dutch music scene, including a gig where he produced an opening concert marking the 10th anniversary of the Amsterdam-based CinemAsia Film Festival last year.

"My music fluctuates between the genres of classical and jazz. It is neither retro nor avant-garde, but rather a line of contemporary music that seeks to delineate the depths that exist between emotions," he explained.

For the upcoming Jazzycolors program, the 32-year-old will lead the eponymous S'yo Fang Octet in performing songs from his album "Lonely Country (孤獨國)," which was released in 2017, and "One Whose is Name Written in the Water (聲名水上書)," a piece commissioned by the CinemaAsia Film Festival.

One notable song from his repertoire is "Sonnet to Guan-Yun (再致關雲)," which is dedicated to the late general who served warlord Liu Bei (劉備) during the late Eastern Han dynasty. This song, and several others from the "Lonely Country" album, are based on the writings of Chou Meng-tieh (周夢蝶), a late poet known as "The Ascetic Monk of the Poetry World."

Jazzycolors was founded in 2003 by the Czech Center in Paris as part of the "Semaine des cultures estrangeres (Foreign Cultural Week)" organized by the Forum des instituts culturels Etrangers a Paris (FICEP). It now brings jazz musicians from over 20 nations to perform in Paris on an annual basis.