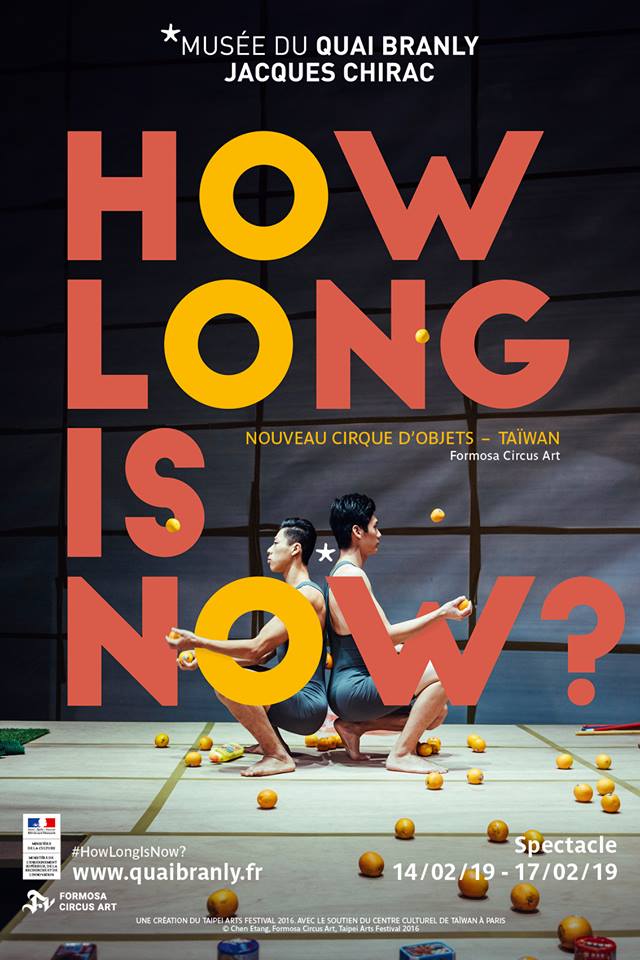 The members of FOCA — who come from different artistic worlds including acrobatics, juggling, stunt work, aerial dance, and theater — combine their diverse artistry to create a new style of performance that contributes to both the development of modern circus and the promotion of Taiwan culture.

Originally known as MIX Acrobatics, the performance group decided to adopt their current name in 2014 after "Formosa," meaning "beautiful" in Portuguese, in a tribute to the natural beauty and heritage of Taiwan. FOCA productions also aim to celebrate the culture, accomplishments, resilience, courage, and hope of the Taiwanese people.

For the upcoming Paris program, FOCA will present "How Long is Now?" — a dollar-store rhapsody that sees traditional circus props such as juggling balls, clubs, staffs, and hoops replaced with readily available domestic items like hangers, buckets, mops, and toilet plungers. Dancers will explore whether these objects were invented in response to real needs or if the presence of those objects actually changed people's way of life.

The concept was inspired by Austrian artist Erwin Wurm's "one minute sculptures" that assembled people and people with stuff to portray a kind of accidental relationship based on ridiculousness and sophistication. Wurm's use of rapidity and humor to question the definition of eternity inspired troupe members to incorporate object theater into FOCA's repertoire and redefine the meaning of "now."

The FOCA program is part of a series of planned events organized by the Quai Branly Museum to highlight different aspects of Taiwan's diverse heritage following a cooperation agreement signed with the Ministry of Culture last September.

"How Long is Now?" was previously performed at 2017 Off Festival d'Avignon, where it was lauded for creating a physical vocabulary that is unique to Taiwan.