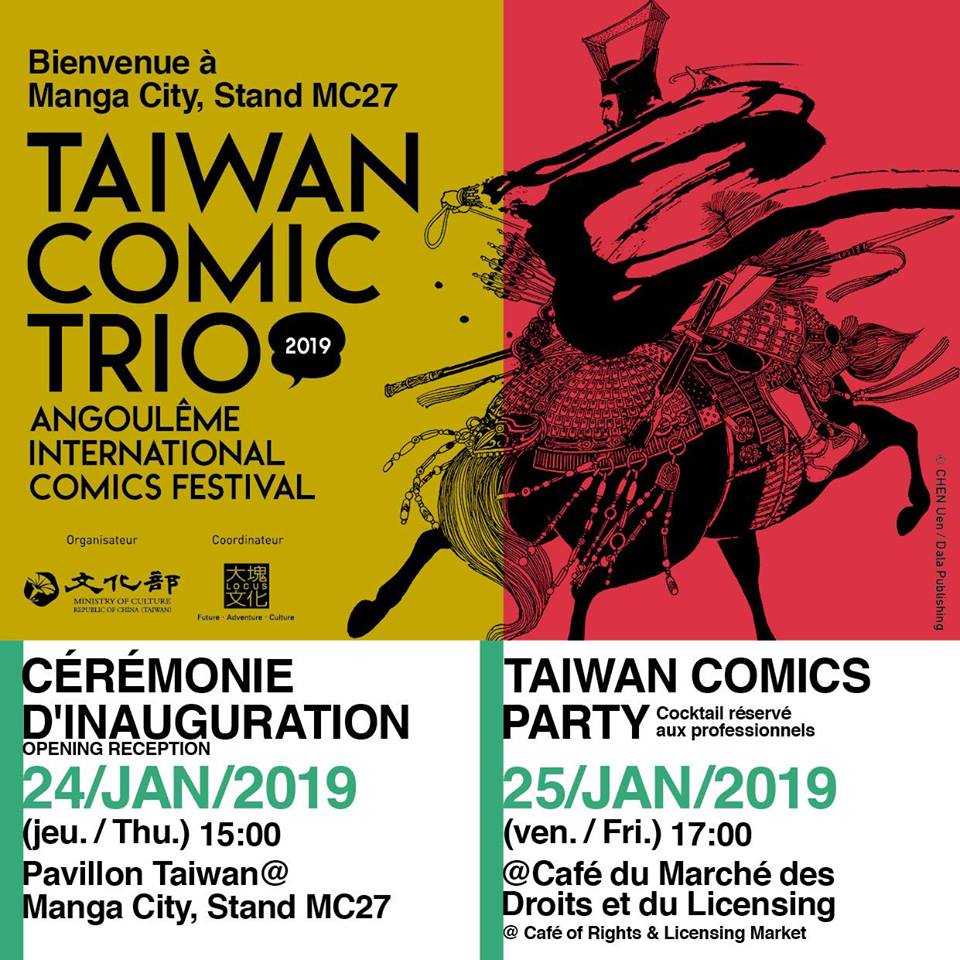 To showcase the unique perspectives and flavors of made-in-Taiwan comics, the Ministry of Culture has curated a special pavilion under three themes — classic, vogue, and alternative — for the Angoulême International Comics Festival running from Jan. 24 through 27 in France. A delegation comprising 12 Taiwanese artists will be meeting with readers, publishing representatives, and copyright buyers at the fair.

Pavilion curator Rex How (郝明義), founder of the Locus Publishing Company, noted that while previous editions focused on introducing individual artists, this year's selection is oriented towards showcasing the history and development of Taiwan comics, encompassing the golden era of nativist comics in the 1950s, censorship under martial law, renaissance in the 1980s, and the contemporary fusion of Japanese and European styles of comics with uniquely Taiwanese elements.

To fully delineate the multiple facets of Taiwan's original comics, the pavilion has gathered materials introducing some of the nation's most enduring comic artists such as wuxia master Chen Uen (鄭問) under the "classic" section; contemporary works from the fields of history, science fiction, lifestyle, romance, and yaoi in the "vogue" section; and independent zines and self-published works of realism through the "alternative" section.

Aptly named "Taiwan Comic Trio" after the triad of themes, the pavilion will also host 12 comic artists from Taiwan:

Taiwan was selected as the theme nation of the Angoulême International Comics Festival in 2012, and has been returning annually to promote the best of Taiwanese comics at the French fair. The exposure, combined with the Ministry's translation subsidy programs, have culminated in releases such as the French editions of "Yong-jiu Grocery Store" by Ruan Guan-min (阮光民) and "The Summer Temple Fair" by Zuo Hsuan (左萱); German version of "The First Emperor" by Chen Uen; and the Italian issue of "80's Diary in Taiwan" by Sean Chuang (莊永新).