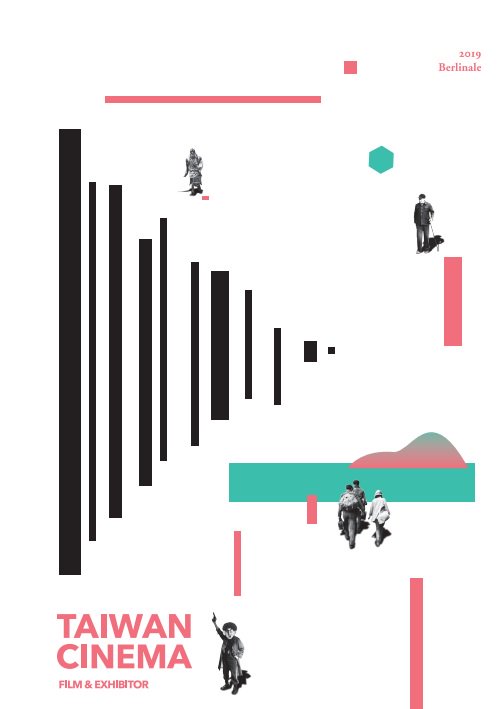 As part of the 69th Berlin International Film Festival, a "Taiwan Cinema" stand will be established at No. 129 Martin-Gropius-Bau from Feb. 7 through 15 to greet international buyers at the European Film Market. A "Taiwan Night" will also be held on the eve of Feb. 9 to introduce industry heavyweights to the future development of Taiwanese cinema.

The Taiwan Cinema stand will be staffed by personnel from the Taiwan Film Institute, who have prepared a comprehensive English pamphlet containing details and contacts of Taiwanese film releases and projects in production over the past year, including 31 narrative features, 17 documentaries, 11 short films, 3 animations, 6 restored classics, and 8 film projects.

In addition to the selection curated by the Taiwan Film Institute, several Taiwanese directors have been chosen as part of the 69th Berlinale program. Lin I-ju's (林誼如) debut short film, "Tiptoe," will have its world premiere in the Generation Kplus competition; Tsai Ming-liang's (蔡明亮) "Rebels of the Neon God" has been selected for the Panorama 40 section; and directors Lien Chien-hung (練建宏), Hsieh Ming-jen (謝明仁), and Hsu Wei-san (許瑋珊) will partake in the Berlinale Talents program.

Two Taiwan productions will also be screened at the European Film Market ― "Han Dan" by director Huang Chao-liang (黃朝亮), which is based on the "Bombing of Lord Handan" folk custom in Taitung that sees shirtless young men willing to take on the role of Handan incarnate and brave the shower of firecrackers for better financial fortunes; and "LOVE Talk" by director Shen Ko-shang (沈可尚), who spent 7 years documenting 8 couples on camera discussing in-law issues, children's upbringing, division of responsibilities, and the tricky matter of getting along with each other for a lifetime.