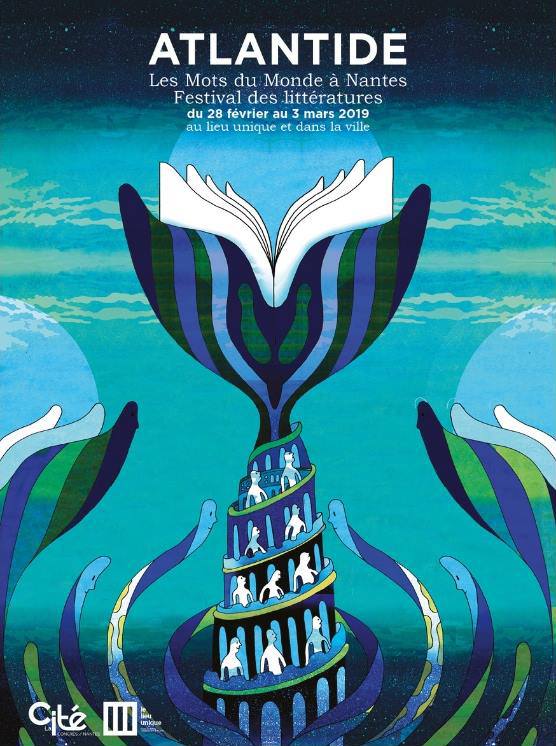 Taiwan author Wu Ming-yi (吳明益) will join 50 French and international writers at the 2019 edition of Atlantide, a literary festival in Nantes, with a book meet scheduled for March 2 and a forum on March 3.

As one of the most popular authors in Taiwan, Wu is also a green activist who expresses his environmental concerns through writings. As such, Wu's "The Man with the Compound Eyes (複眼人)" with its eco-themes and examination of the health of the world's oceans is the first Taiwan novel published by mainstream publishing houses in France and the United States.

"South America has given us magical realism, and now Taiwan is giving us a new way of telling our new reality — beautiful, entertaining, frightening, preposterous, and true. Completely unsentimental but never brutal, Wu treats human vulnerability and the world's vulnerability with fearless tenderness," late American fantasy author Ursula K. Le Guin once said in reference to his 2011 novel.

Apart from "The Man with the Compound Eyes (L'homme aux yeux à facettes)," Wu also has two other books that have been released in the French language with help from translator Gwennael Gaffric (關首奇) — "Routes in the Dream (睡眠的航線, Les Lignes de navigation du sommeil)" and "The Magician on the Bridge (天橋上的魔術師, Le Magicien sur la passerelle)."

"Routes in the Dream" is set during Taiwan's period of Japanese colonial rule from 1895 through 1945, and utilizes its narrative to examine father-son relationships, interactions between dreams and memory, and the island's own history.

"The Magician on the Bridge" consists of ten short stories that are told from the perspective of a child. Set in the backdrop of 1970s to 1990s Taipei, the stories are deftly connected together via the theme of a magician on a bridge.

Wu's fourth novel "The Stolen Bicycle (單車失竊記)" was also nominated for the Man Booker International Prize last year, making it the first Taiwanese novel to be up for this prestigious literary honor. His success has earned favorable reviews that compare Wu to "Norwegian Wood" novelist Haruki Murakami and "Cloud Atlas" author David Mitchell.

Longtime collaborator Gaffric will be moderating Wu's book meet on March 2, whereas the March 3 forum will place the Taiwan novelist alongside Spain's Miquel de Palol and Russia's Mikhail Tarkovsky.

Wu was invited to atttend the Nantes festival by award-winning poet-novelist Alain Mabanckou. More information can be found at the websites of the Atlantide festival and the Taiwan Cultural Center in Paris.