Yuhan Su Quartet to embark on seven-concert tour of Spain 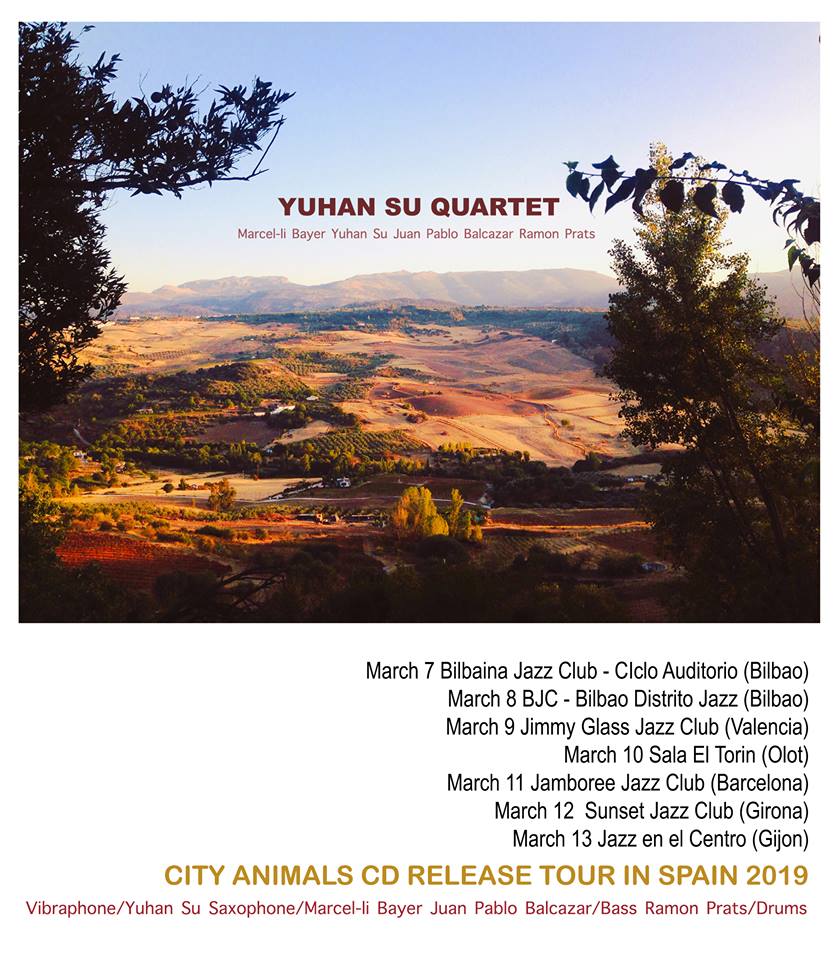 The Yuhan Su Quartet, led by New York-based Taiwanese vibraphonist Yuhan Su (蘇郁涵), will embark on a tour of Spain in March to promote the album "City Animals" before Su joins an international residency program in Paris this summer with the support of the Ministry of Culture.

Su, a Taiwanese native of Hakka ancestry, is a marimbaist and composer known for her lyrical take on jazz music. She was a member of the Ju Percussion Group II from 2001 and 2003 before relocating to Boston to attend the Berklee College of Music in 2008.

Their debut album, "Fly Alone," was one of the biggest winners of the 2013 Golden Indie Music Awards, nabbing accolades for Best Jazz Album and Best New Performer. Their second release, "A Room of One's Own," cemented the quintet's status as one of the prominent voices of new generation jazz.

Their latest release, "City Animals," is a study of the Big Apple and its unique residents. With a menagerie of people intermingling in seemingly never-ceasing action, New York City has ecosystems within ecosystems that Su seeks to encapsulate through jazz.

With the eponymous quartet widely hailed for their lyricism and emotional resonance, audiences should brace for "intelligence, sensitivity, and a haunting sense of tenderness" in their upcoming seven-concert tour of Spain.

With support from the Ministry of Culture, Su will join the residency program of Cité internationale des arts in Paris this August to explore the physical, theatrical side of music.