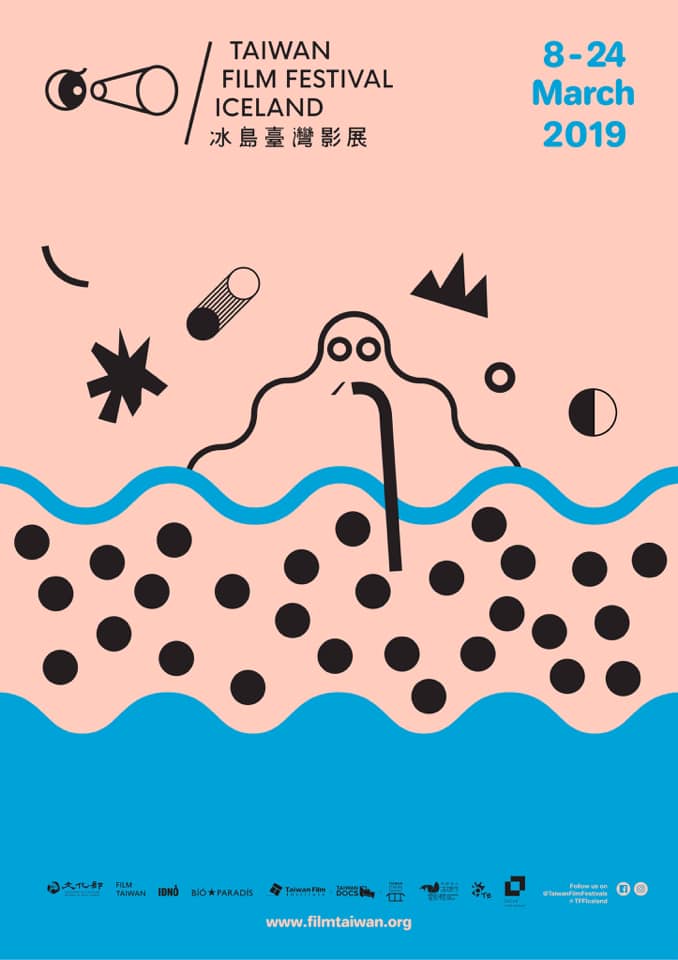 The inaugural edition of Taiwan Film Festival Iceland will take place in March to share with Icelandic audiences the long and tempestuous history and diverse cultural heritage of Taiwan through the uncensored lens of independent Taiwanese filmmakers.

An exciting program of films will cover a broad range of topical issues that are both particular to Taiwan yet speak to a global audience — including LGBTQ rights, ethnicity, land rights, environment, and politics. As the only Mandarin-speaking country in the world who promotes freedom of speech, Taiwan has a powerful voice to tell stories others cannot.

Kicking off in venues across Iceland, the inaugural festival will run from March 8 through 24. The opening film, "The Great Buddha + (大佛普拉斯)," will be screened as part of the StockFish Film Festival and the rest of the program will be shown at independent cinemas Bíó Paradís and Iðnó.

"Iceland's festival program is inspired by films which give a voice to forgotten places and people," explained festival curator Aephie Chen.

Opening the festival on March 8 is "The Great Buddha +," a noir comedy directed by Huang Hsin-yao (黃信堯) that looks at political corruption through the eyes of two disenfranchised, lonely misfits. Director Huang will hold a Q&A session after the screening at Bíó Paradís.

Up next will be a selection of short films, including the gender-bending and surreal "The Glamorous Boys of Tang (唐朝綺麗男)"; "Blossom (繁花盛開)" on Taiwan's marginalized drag queen communities; art house documentary "In Trance We Gaze (恍惚與凝視的練習)"; "The Pig (豬)," a drama where two lost souls and a sacrificial pig struggle for survival; "Arnie (阿尼)" on the daily struggles of migrant seamen working in Taiwan; and "32 Km – 60 Years (32公里～六十年)," a journey where an octogenarian hikes up a mountain in search of his abandoned tribal village.

Also making its debut in Iceland is "Long Time No Sea (只有大海知道)," which combines family-friendly drama with rich ethnographic detail, depicting a generation of children disconnected from their roots as they grow up with absent parents seeking better lives elsewhere. Writer-director Heather Tsui (崔永徽) hopes to shed light on the plight of the Tao, who number just over 3,000 and have lived on Orchid Island for 800 years.

Also coming with stellar reviews is "God Man Dog (流浪神狗人)," in which three intricate and seemingly unrelated storylines are interwoven into one. Director Chen Singing’s (陳芯宜) thrilling Taiwanese drama illustrates the conflicts between city and countryside, immigrants and indigenous people, as well as the different religions that exist on the island.

Rounding up the lineup is a collection of films directed or produced by acclaimed filmmaker Wei Te-sheng — historic epic "Warriors of Rainbow: Seediq Bale (賽德克·巴萊)," romantic comedy "Cape No. 7 (海角七號)," Seediq documentary "Pusu Qhuni (餘生)," and baseball flick "KANO." Each screening will be followed by a Q&A session with the director or a storytelling workshop with Wei.

After Iceland, the Taiwan Film Festival will travel to the UK next month where a second program of independent Taiwanese films will be screened from April 3 through 14.

More information on both Icelandic and UK screenings can be found at: https://www.filmtaiwan.org/