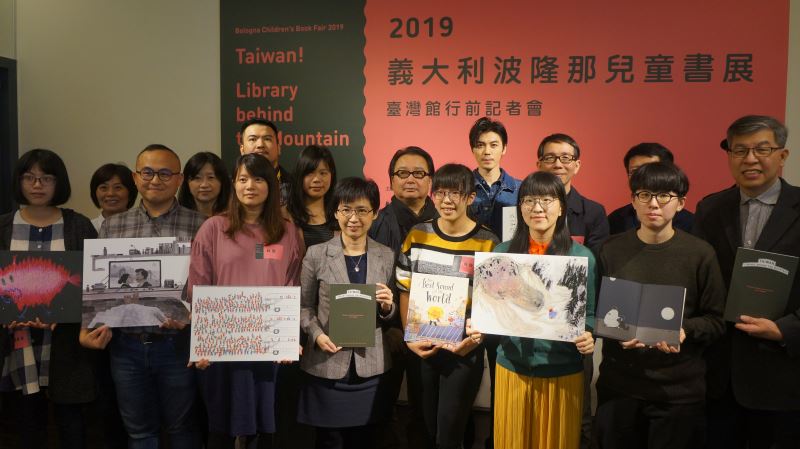 A record number of nine Taiwanese illustrators have been selected by the Bologna Illustrators Exhibition 2019, which will be held from April 1 through 4 concurrently with the 56th Bologna Children's Book Fair. What’s more, five outstanding Taiwanese illustrators have been invited by the Ministry of Culture to exhibit their works at the Taiwan pavilion, which will be presented under the banner "Taiwan! Library Behind the Mountain."

This year, the Taiwan pavilion at Booth A153, Hall 25 will be fronted by a special exhibition titled "Paradise: 30 Illustrators from Taiwan and Their Animal Characters," which will promote works exploring issues relating to pets, animals, and nature from 30 excellent Taiwanese illustrators.

The pavilion will also host book-signing sessions and forums for five artists selected by the Ministry — Ahn Zhe (安哲), Chang Pei-yu (張蓓瑜), Chen Chih-yuan (陳致元), Huang Yu-chin (黃郁欽), and Cindy Wume (吳欣芷), who have deeply sharpened their respective skills for many years to develop such unique art styles and now emerge as up-and-coming illustrators on the international stage.

Another showcase of Taiwanese creativity will be found at the Bologna Illustrators Exhibition 2019, in which 9 out of the 76 featured illustrators will be from Taiwan.

As another blessing for Taiwan's publishing sector, Locus Publishing Company (大塊文化) has been shortlisted for the 2019 Bologna Prize for the Best Children's Publishers of The Year. The prize highlights publishers at the forefront of innovation in their fields for the creative nature of the editorial choices they have made during the previous year.