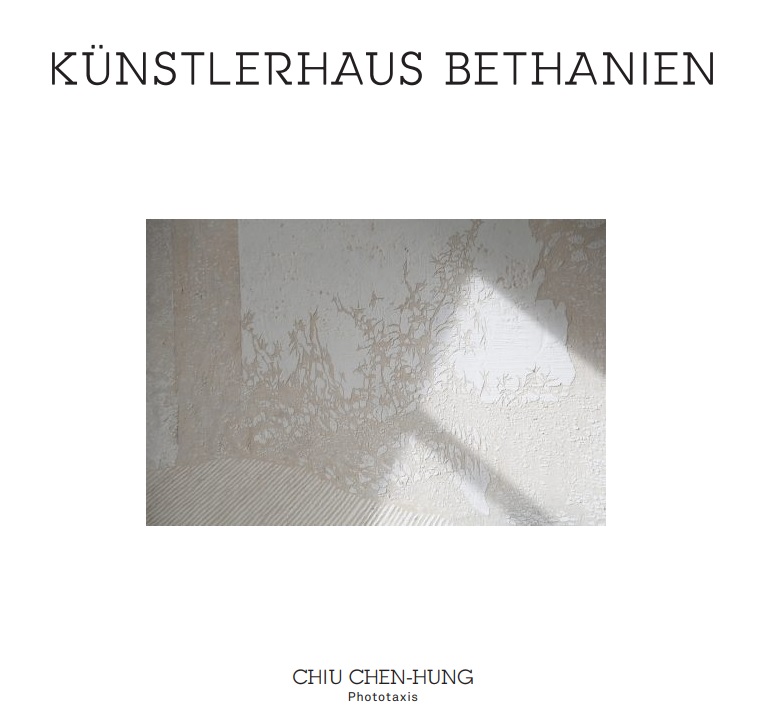 Taiwan artist Chiu Chen-hung (邱承宏), who is currently serving residency at Germany's Künstlerhaus Bethanien as a grantee of the Ministry of Culture, will showcase his recent works through the "Phototaxis" solo exhibition running from April 11 through May 5 in Berlin.

Chiu, 36, adopts a creative approach similar to that of an archaeologist, prompting him to uncover traces and outlines of past times and spaces. Using his practice of abstraction and reinterpretation, Chiu re-shapes formerly existing objects and meanings to develop a method of restoring one's memories.

His upcoming exhibition at Künstlerhaus Bethanien draws its title from behavioral science — phototaxis, which was coined to describe how botanical organisms physically react to light, either by turning to or away from the source of brightness. Chiu attempts to shed light upon the still-existent traces, forms, and contours of things past, extending the dialectic of space and time to include living creatures and minerals as well as history and science.

One characteristic of his more recent works is the use of wood, marble, and gold leaf, with the latter subtly applied to the surface of old objects to fill in the indentations and scars of time. This approach is compared to "a ritual cleansing" by the Hualien native, as he believes it alters the viewer's concept of time and aging.

For his 2014 video "The Marble Workers," Chiu first restored an old mineral cart from an abandoned mine and glided its surface with gold. The refurbished item was then pushed along the old tunnels that connected the mine's factory buildings, excavation areas, and employee dormitories, facilitating a journey of reconstructed memories overlapping with reality as glints of gold sparkled in the dark passageways.

"Phototaxis" at Künstlerhaus Bethanien will also include "Plants," an eight-piece installation series created by Chiu using film, voiceovers, wood, and the all-important light to weave a poetic path dividing the unknown and the completed, desire and rationality, and life and death.