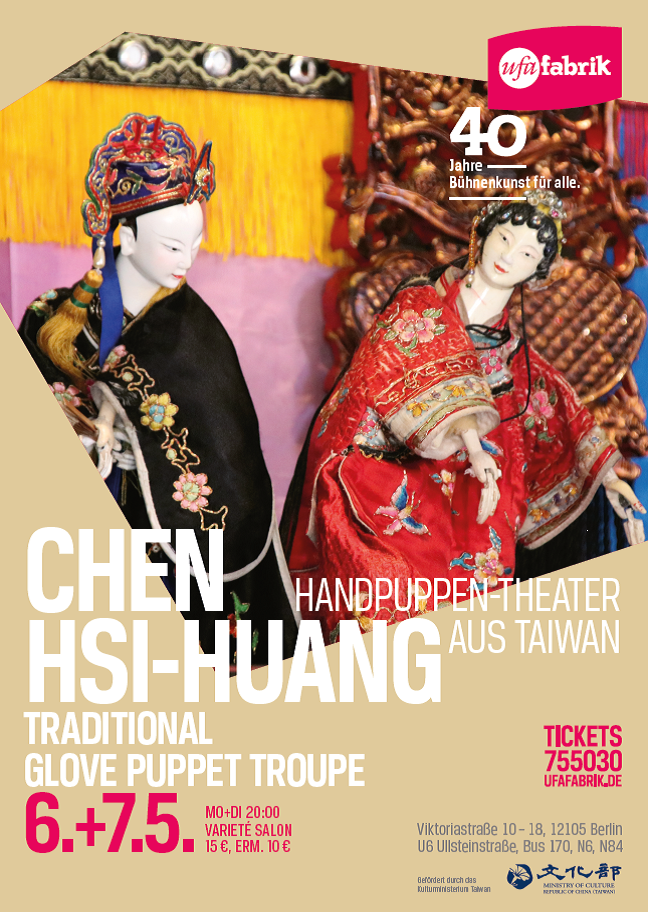 The opening week of the 2019 Taiwan Film Festival Berlin will kick off on May 5 with the screening of puppetry documentary "Father (紅盒子)" and live performances by the maestro himself — Chen Hsi-huang (陳錫煌).

"Father" directed by award-winning documentary maker Yang Li-chou (楊力州) discusses the complicated parent-child relationship between Li and Chen against the backdrop of Taiwan's traditional society, with an eye on how the son has tried to escape from his father's shadow. A life inseparable from his hand-made glove puppets has become a life inseparable from Li's legacy.

Director Yang and maestro Chen will hold a post-screening Q&A session in Berlin on May 5, followed by two performances of "A Chance Encounter Leads to Marriage (巧遇姻緣)" by the Chen Hsi-huang Traditional Glove Puppet Troupe on May 6 and 7 at ufaFabrik, and a final performance on May 9 at the Taipei Representative Office in the Federal Republic of Germany.

The Taiwan-themed film festival will run through June 16 by showing one new movie or documentary on Sundays. The organizers have also arranged for the director of that week’s featured film to hold a post-screening Q&A session via video chat. Attendants will be able to discuss their questions directly with the film's maker and a translator will be on site to facilitate the exchanges in English.

Ticketing information and more can be found at http://impressionxtaiwan.de/en/.