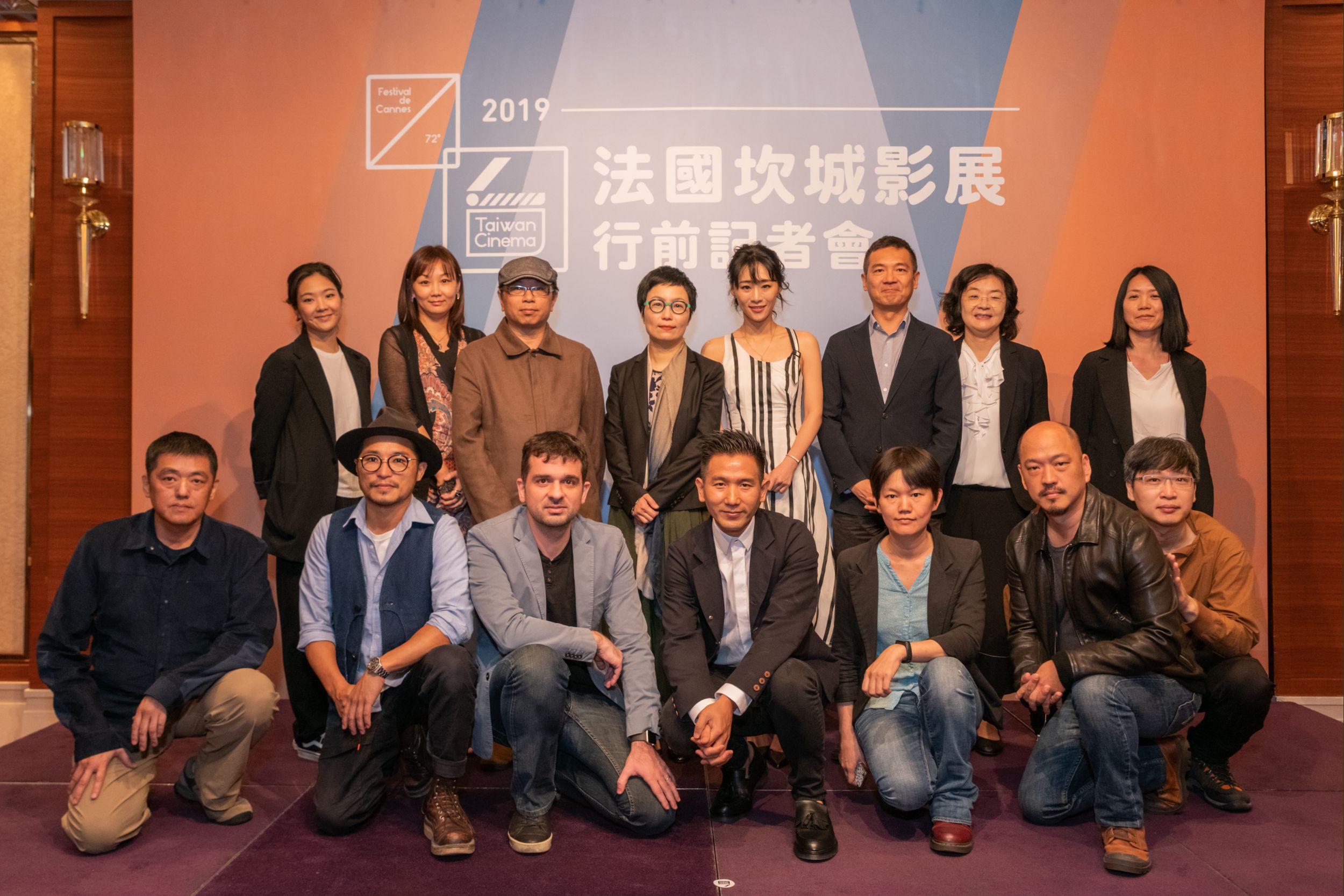 A press conference was held on May 2 in Taipei to celebrate the inclusion of four films directed or co-produced by Taiwanese artists in the official selection of the 72nd Cannes Film Festival running from May 14 through 25 in France.

"Nina Wu" has garnered funding twice from the Ministry of Culture after Midi Z captured the FEDEORA Award for Best Film with "The Road to Mandalay (再見瓦城)" at the 73rd Venice International Film Festival.

Huang has worked with Anderson on many different types of multimedia installations since 1995. Their latest co-creation is a 15-minute-long VR work named "To the Moon (登月)" marking the 50th anniversary of the first manned space mission that landed on the Moon. Offering an immersive experience under zero-gravity conditions as if participants were astronauts walking, flying, and exploring the mountainous terrain of the Moon, "To the Moon" contains six vignettes that offer an “idealized” perspective of humanity’s moon-landing history.

Completing the latest trilogy of co-productions between Huang and Anderson are "Aloft (高空)" and "La Camera Insabbiata (沙中房間)," in which the latter garnered the Best VR Experience Award at the 74th Venice Film Festival. The three poetic VR works will be showcased together at Cannes for the first time.

Huang noted that VR films create an immersive environment allowing viewers to explore the carefully crafted scenes from a first-person point of view, which results in a deeper and more impactful experience than that of other film technologies. He also encouraged young filmmakers to embrace VR, as this is the medium that will define their generation.

Midi Z noted that he was extremely surprised to hear of the inclusion of "Nina Wu," because it is not an art film but a thriller. "This is a movie about women, about Taiwan," he said of his latest work inspired by the #MeToo movement.

Le Marché du Film, one of the world’s largest film markets, will take place concurrently with the Cannes Film Festival from May 14 to 23. This year, a delegation organized by the Taiwan Film Institute will pitch 111 quality Taiwanese films and audiovisual projects, including 37 feature films, 21 documentaries, 32 short films, six restored classics, and 15 proposals. Representatives of 15 distribution firms from Taiwan will also join the trade fair.

Among the films are "Paradise Next (亡命之途)," a Taiwan-Japan co-production involving two hit men on a journey of atonement, and "The 9th Precinct (第九分局)," a Taiwanese take on the rookie agent genre popularized by movie series such as "Man in Black" and "Kingsman."

This year, Le Marché du Film has dedicated a new section called "Cannes XR" to immersive technologies and entertainment, where Huang's latest VR production will make its debut. Set in Taiwan, "The Missing Body – Episode 1 (失身記-上集)" provides a surreal story inspired by Huang's childhood memories on the authoritarian martial-law era, introduction of foreign cultures through colonialism and immigration, and the effects of the digital age upon human nature.

Having made a big splash at international film festivals in recent years, Taiwan-made VR productions hope to impress European viewers at Cannes this year with their unique style of storytelling and ever-maturing technological skills.

Commissioned by the Ministry's Bureau of Audiovisual and Music Industry Development, the Taiwan Film Institute will once again booth the Taiwan Pavilion at the Palais 01 venue of the film market and help Taiwanese firms introduce their productions to potential buyers.

A Taiwan Cinema Night will also be held in Cannes to invite international buyers and film selectors to learn more about Taiwanese films and prompt distribution and collaboration opportunities.