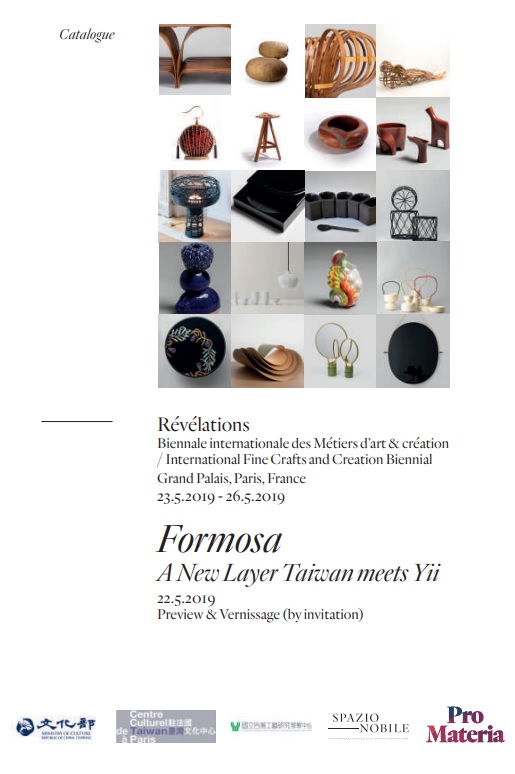 A 45-piece collection on exquisite bamboo, lacquer, and ceramic crafts co-created by international designers and Taiwanese artisans will greet exhibitiongoers at Salon Révélations, an international fine crafts biennial taking place at the Grand Palais in Paris from May 23 to 26.

Under the banner of "Formosa: A New Layer Taiwan x Yii," the Taiwan pavilion will showcase tables and chairs, handbags, lamps and lighting sets, baskets and woven wares, flower vases, and accessories such as brushes made from a combination of bamboo, lacquer, and pottery. Bamboo-weaving artist Chiu Chin-tuan will also be on site to give demonstrations.

The collection stems from "A New Layer Taiwan," a transnational collaboration spearheaded by the National Taiwan Craft Research and Development Institute. The first stage took place from 2012 through 2016, in which "A New Layer I" was led by Swedish designer Matti Klenell. The second stage, "A New Layer II," came under the leadership of Belgium-based curator Lise Coirier from 2017 to 2018.

Designers from around the globe were invited to work with some of the most talented Taiwanese craftspeople and transform traditional craftsmanship into contemporary lifestyle products and furniture. During their stay in Taiwan, they traveled across the island, visiting not only artisanal workshops but also sites of cultural and historic significance.

The resulting new products were crafted with an emphasis on naturalness, eco-friendliness, and a standard of quality unmistakable to the eye or touch. Despite the long history of craftsmanship, it is not tied to tradition but is constantly changing. Taiwan's variegated culture is apparent in local crafts traditions, which in turn have significantly colored the materials that will appear in this exhibition.

The first part of the title, "A New Layer,” refers to how the lacquer is applied in several layers until the desired surface sheen is achieved. Artisans have not only mastered a single method, but developed a variety of ways in which the coating is used, both as a functional and a decorative material. "Yii," on the other hand, refers to the design brand operated by the National Taiwan Craft Research and Development Institute.

This will mark Taiwan's second year of participation at Salon Révélations.