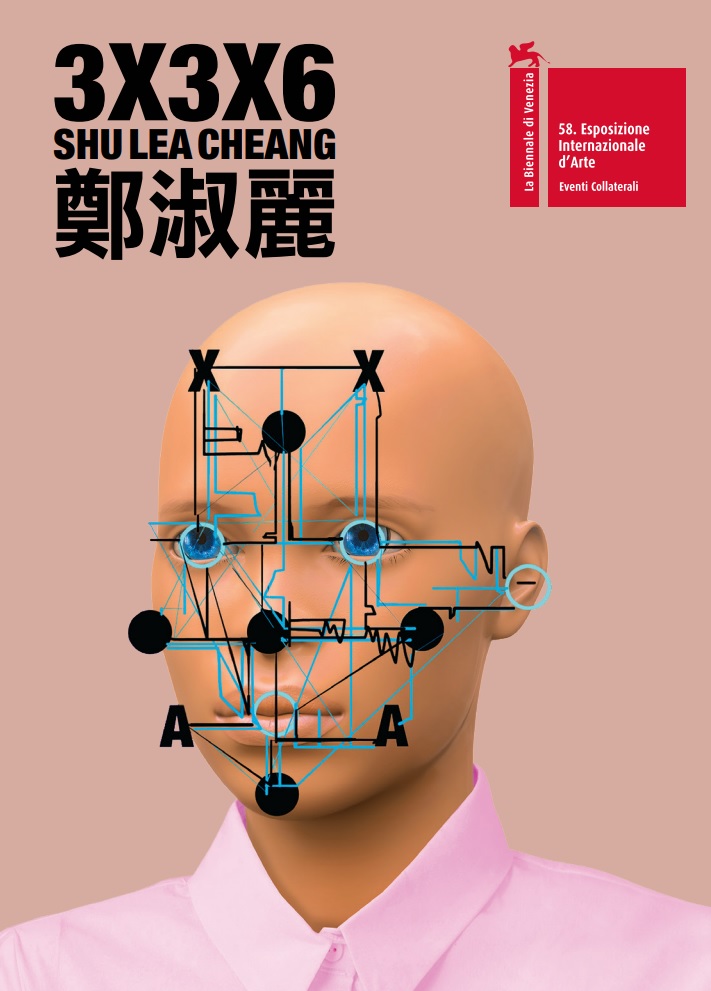 A new project titled "3x3x6" by Taiwan new media artist Shu Lea Cheang (鄭淑麗) will represent Taiwan at the 58th Venice Biennale in 2019. The joint endeavor is organized by the Taipei Fine Arts Museum (臺北市立美術館) and curated by Paul B. Preciado.

For Taiwan's presentation at the 58th International Art Exhibition of La Biennale di Venezia, Cheang will create a new work inspired by the history of the exhibition venue, Palazzo delle Prigioni, which first served as a prison in the sixteenth century. The work's title "3x3x6" refers to today's standardized architecture of industrial imprisonment: a 3 x 3 square-meter cell constantly monitored by 6 cameras.

"3x3x6" speaks to the realities of imprisonment constructed physically and by the presence of digital surveillance mechanisms. In light of these folded conditions, the artist will transform the Prigioni into a high-tech surveillance system to rethink how contemporary technologies of communication and surveillance are shaping identities.

Related to ten cases of imprisonment due to gender, sexual, and racial nonconformity, both past and present, including Giacomo Casanova, Michel Foucault, and Marquis de Sade, "3x3x6" will raise questions over the legal and visual regimes that have formed sexual and gender norms over time.

Specifically, Cheang's exhibition will highlight the conditions of incarceration that are becoming increasingly omnipresent in today's world: for example, the inescapable big data used in technological surveillance and the application of facial identification for social control. She will be using the site of Venice's old prison to create a glitch in its histories via a real-time interface that can be partaken by visitors.

"3x3x6" will span four rooms of the Prigioni with an immersive, multidimensional installation. Departing from the architecture of the panopticon invented by Jeremy Bentham in the late eighteenth century, Cheang hopes to construct the exhibition around a rotating and inverted surveillance tower: her panopticon is a newly developed 3D camera surveillance system that simultaneously projects the portraits of the ten case studies.

The exhibition will challenge the usual positions of observer/observed. From the moment the visitor elects to enter the exhibition, they will become implicated within the system — their faces will be scanned and their image later modified.

Here, gender and racial morphing will become queer digital strategies to disrupt the tradition of colonial and anthropometric identification techniques, which extend from Alphonse Bertillon’s criminological photography of the nineteenth century to today’s facial recognition technologies. Connected to the internet, "3x3x6" will also allow both physical and virtual visitors to send selfies and images to the system and become a part of the surveillance apparatus.

The 2019 Taiwan Pavilion at the Venice Art Biennale will be on view at the Palazzo delle Prigioni (Castello 4209, San Marco, Venice, Italy) for half a year, from May 11 through Nov. 24. Log onto http://3x3x6.com/ to participate as a virtual visitor.