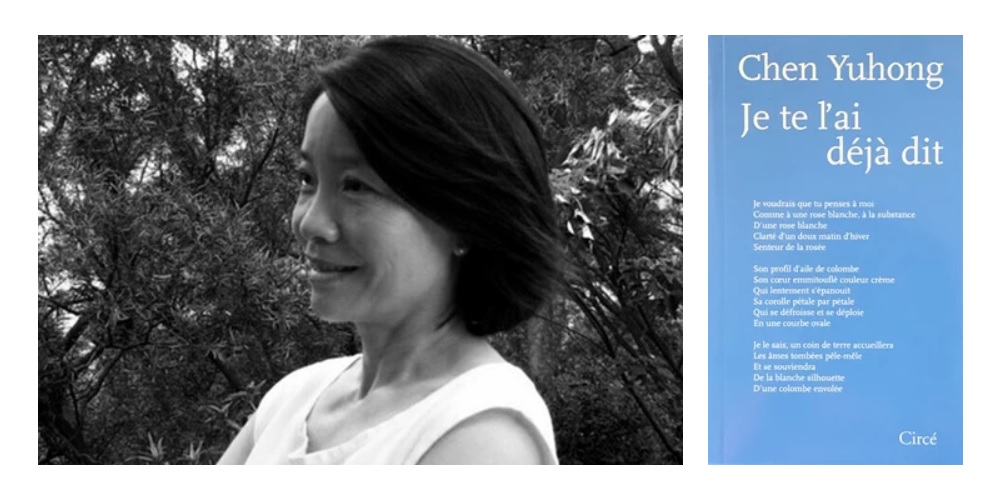 Award-winning Taiwanese poet Chen Yuhong (陳育虹) has prepared ten poems for sharing at the upcoming "Nuit de la littérature" event on May 25 in Paris. As one of the 17 international authors selected by FICEP (Forum des Instituts Culturels Étrangers à Paris) for the annual literary showcase, Chen will be accompanied by scholar Marie Laureillard and artist Yilin Yang (楊宜霖).

Born in Kaohsiung in 1952, Chen is a world traveler and writer-translator who only began to embrace the poetic form in her 50s. As a translator, she has helped introduce Western poets such as Jack Gilbert ("The Great Fires"), Louise Glück ("The Wild Iris"), and Margaret Atwood ("Eating Fire") to more Mandarin Chinese readers. As a poet, she has produced seven volumes of original works.

In 2018, French publisher Circé released an anthology titled "Je te l’ai déjà dit," or "I did tell you so," containing over 80 poems written by Chen between 2002 and 2016. Laureillard, the anthology's translator, noted that aspects of the Zen school of thought permeate Chen's poetry, tying her observations to universal truths and themes of displacement.

Laureillard will also accompany Chen to "Nuit de la littérature" on May 25 as an interpreter, while Yang, a Taiwanese artist based in France, will perform alongside Chen as the poet recites 10 of her works. The last female poet from Taiwan to attend the event was Hsia Yu (夏宇) in 2017.