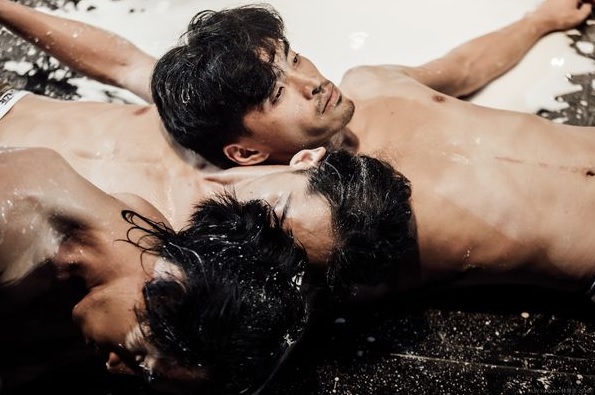 A Taiwan-France co-production titled "Skein Relations" and choreographed by dancer Lin I-fang (林怡芳) will be staged in Greater Paris on June 8 and 9 as part of the International Choreographic Encounters Seine-Saint-Denis (Rencontres chorégraphiques internationales de Seine-Saint-Denis) festival.

"Skein Relations" is a choreographic installation by Lin, who served as residency artist at Taipei's National Theater and Concert Hall last year. Lin drew upon her personal observations of the public response to major events such as the 7.3-magnitude earthquake that struck Taiwan in 1999 and terrorist attacks in France, exploring the process of "emotional contagion" through choreography.

In their interactions, dancers articulate the intricate flow of the individual psyche and interpersonal relationships, which Lin sees as a "skein" — a knot — which the dancers, and by extension all people, are caught within. The choreographic title is taken from the eponymous mathematical tool used to study knots.

Born in Kaohsiung but based in Montpellier, Lin is a Feldenkrais method practitioner and a dance artist active in the international scene since moving to France. In recent years, she has focused on working with artists from other disciplines, such as film, pop music, and modern music.

Since 2010, she has also worked as a physical expression trainer and production consultant for movie and theater performers, pop bands, and jazz musicians. Dance-wise, she has previously collaborated with Christian Rizzo, choreographer and Taiwan-France Cultural Award laureate, and Mathilde Monnier, choreographer and director of Centre Chorégraphique National de Montpellier Languedoc-Roussillon.

More information on "Skein Relations" can be found at the festival's website: http://www.rencontreschoregraphiques.com/festival/ifang-lin.