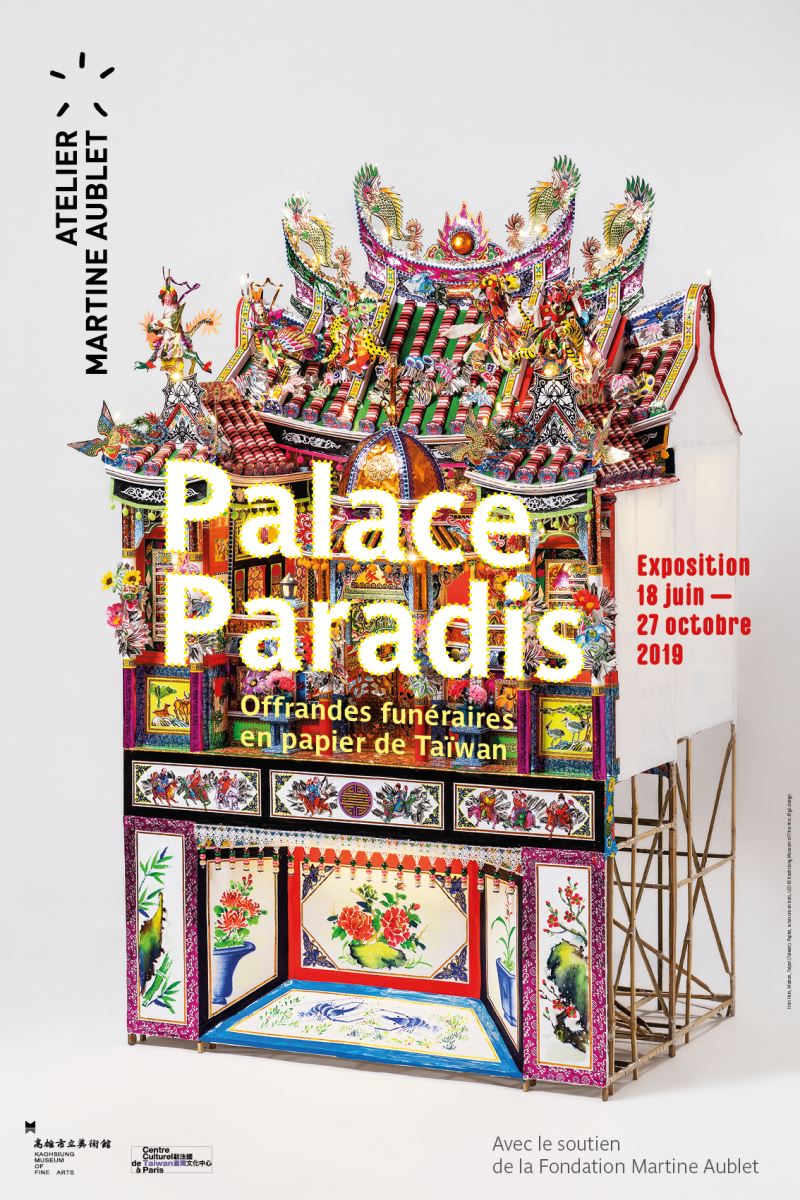 One of the top ethnographic museums in Paris — Quai Branly Museum (Musée du quai Branly-Jacques Chirac) — will unveil its first-ever major showcase on traditional Taiwanese culture on June 18 by examining the longstanding practice of burning paper offerings for loved ones in the afterlife.

Out of the hope that earthly pleasures can be sampled in the next world, paper funeral items are burned to ensure the material comfort of the deceased in the afterlife. These ephemeral, realistic replicas with colorful details reflect several levels of social habituation — from the epicurean values of the modern consumption-driven society to the ancient, unshakable notion of mutual dependency between living people and their ancestors.

Funeral offerings are among the oldest remnants of ancient Asian civilizations. The custom of burying the deceased with food and everyday items has been observed as a tradition for over 3,000 years, and effigies of servants, horses, residences, and valuables found in such tombs are important tokens of historic lifestyles.

Famous archaeological examples include the terracotta army of the First Emperor of Qin, Qin Shi Huang (259-210 BC); luxurious ritual objects that were used to communicate with ancestors via divination during the Bronze Age; and even wider-spread practice beginning in 5th century BC, when Confucius placed filial piety at the heart of his doctrines and made it the foundation of social order.

In Taiwan, paper offerings are known as zhizha (紙紮), or "bundled paper" in reference to its traditional pulp-and-bamboo components, and belong to this long history while representing a local, original art form. Therefore, the upcoming Parisian exhibition will present creations from two Taipei-based paper studios, Hsin Hsin Joss Paper Culture (新興糊紙文化) and Skea, through three sections.

Visitors will first be introduced to customary paper offerings such as clothes, daily supplies, and food to meet basic human needs, before moving onto the juxtaposing second section on paper-made luxury goods like cars and smartphones with gaming apps. The third section will be dedicated to detailing Taiwan's funeral rites and ceremonies for appeasing hungry ghosts or malicious spirits.

Curated by Quai Branly's Asian Heritage Collections Director Julien Rousseau and supported by the Taiwan Cultural Center in Paris and the Kaohsiung Museum of Fine Arts, "Palace Paradise" is one of the several Taiwan-themed events organized by the Parisian ethnographic museum following last September's visit by Minister of Culture Cheng Li-chiun.

More information on "Palace Paradise" can be found at the museum's website: http://www.quaibranly.fr/fr/