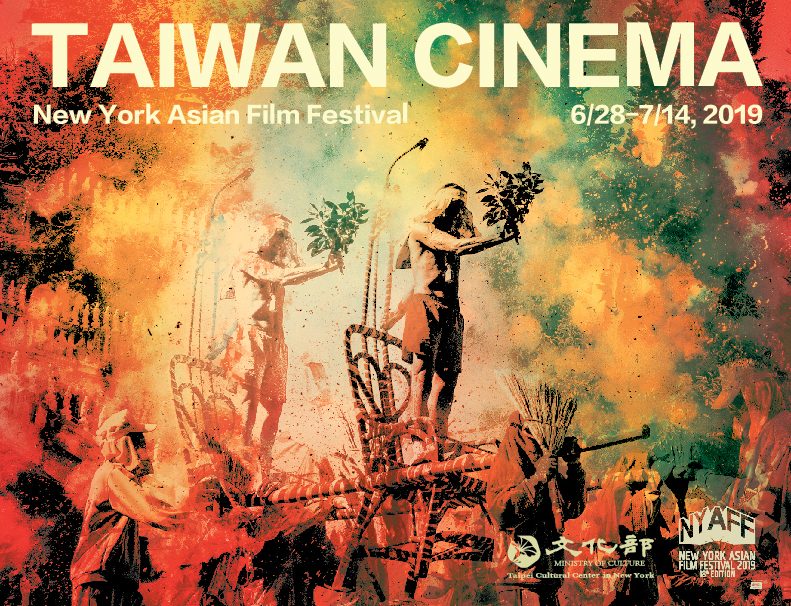 The Taipei Cultural Center in New York has partnered with the New York Asian Film Festival (NYAFF) to celebrate the 18th edition of the annual gala with a four-film selection that offers the comedic and action-packed side of Taiwan cinema. Screenings, coupled with special appearances by Taiwanese actors and directors, will take place from June 28 through July 14 at Film at Lincoln Center, a New York establishment formerly known as the Film Society of Lincoln Center.

Titled "Taiwan on the Edge," the four-film segment is "resolutely pop, accessible, and unapologetically fun" in a way not normally associated with productions from the East Asian island nation, which is better known for art-house and experimental films.

The festival's picks show a specific brand of Taiwanese cool, be it "Han Dan (寒單)," a macho tale of friendship and betrayal anchored in local customs that involve shooting firecrackers at half-naked paraders; "It's A Mad, Mad, Mad, Mad Show (瘋狂電視台瘋電影)," a madcap comedy about TV producers gone wild and wrong; the taunt, action-packed, and aesthetically pleasing thriller "The Scoundrels (狂徒)"; and the unrepentant rom-com replete with fortunetellers and tarot cards, "Someone in the Clouds (真愛神出來)."

"Han Dan," whose director Huang Chao-liang (黃朝亮) and lead actor George Hu (胡宇威) will be flying to New York for its North American premiere on June 30, is also one of the seven films vying for the NYAFF’s Tiger Uncaged Award for Best Feature Film. Mitch Lin (林明謙) and Gary Tseng (曾國駿), the masterminds behind "Someone in the Clouds," will be holding a post-screening Q&A session on July 13 as well.

An upstanding young man commits a reckless act that ends in life-changing tragedy. His doomed rival becomes his friend, only to become his rival again. Set against the tradition where men seek atonement by submitting themselves to ritualized firecracker attacks (as effigies of the deity Han Dan), this film not only reveals unique aspects of Taiwanese culture but its complex psyche as well. Featuring stunning cinematography and nuanced performances, Han Dan weaves universal themes into a novel, eye-opening moral tale.

Promising basketball star Rui lost it all when he beat up a spectator in a fit of rage. Now he barely gets by working shady part-time jobs. One night while trying to help an injured woman, he is hijacked and framed for robbery. Inextricably entwined with the real culprit, and haunted by a public that thinks he’s to blame, Rui falls into a downward spiral of crime, treachery, and violence. Known for his intricately choreographed short films, Hung Tzu-Hsuan makes his electrifying feature debut with this taut, action-packed thriller, marking him a talent to watch.

Mr. Lo, the unscrupulous owner of Crazy TV, sets out to lower the channel’s ratings so he can sell it to mobster Mr. David for cheap and count his losses. He promotes failing producer Yeh to program director, and fires the staff. Yeh, his best friend, an aspiring actress, and a team of interns create inventive DIY programs, from weird kiddie shows to offbeat celebrity homages. Surprisingly viewership grows, but Mr. Lo has something else up his sleeve. And then things get really crazy in this madcap farce, a glorious tribute to the spirit of creativity.

Someone in the Clouds | International Premiere

Hsiao-pei carries on her family’s fortune telling tradition, almost exclusively giving young women love advice. She also runs her college’s tarot club through which she meets the playfully cocky Chiung-nan, who uses the cards to ask her out. A hilariously rocky romance ensues, replete with a clumsy seduction, an unexpected fire and both figurative and literal ball busting. A host of characters around them add to the fray on their search for the meaning of true love in this hysterical upheaval of the romcom where things are not always as predictable as they may seem.

Latest updates and event details can be found at www.nyaff.org and ny.us.taiwan.culture.tw.